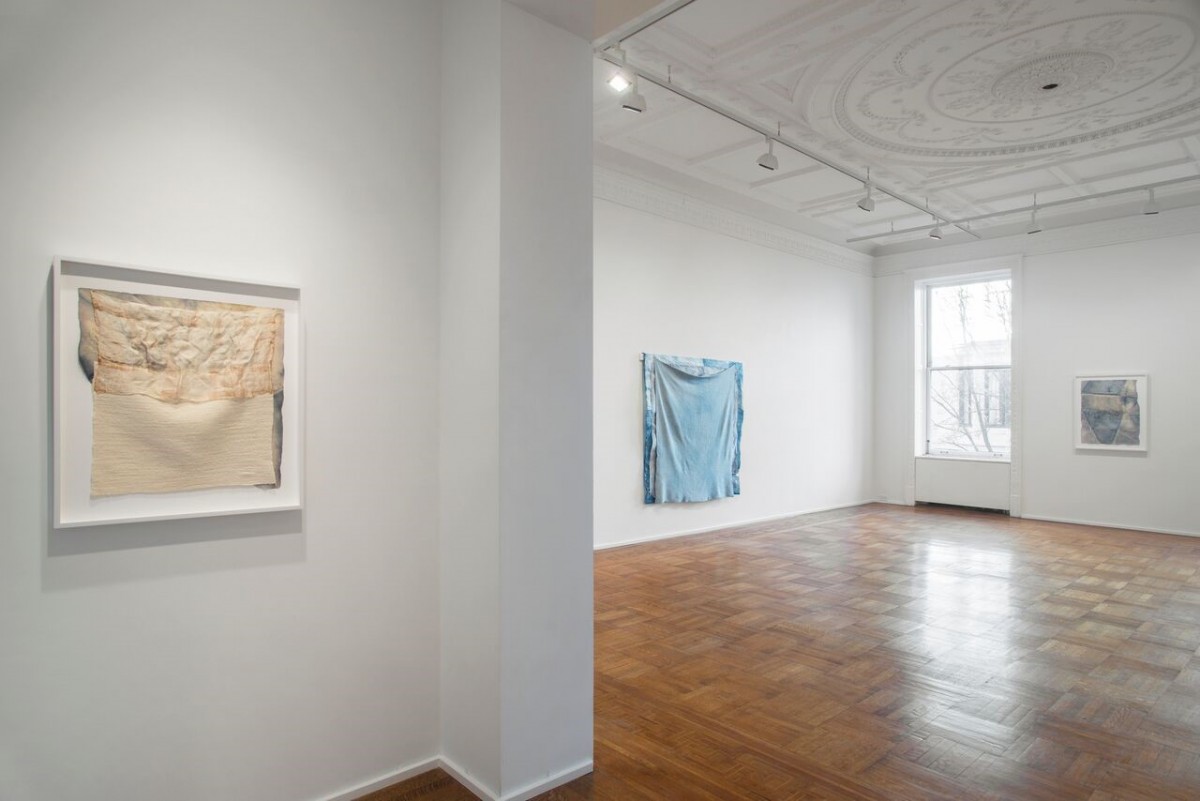 – Martha Tuttle is a New York-based artist whose solo debut, Martha Tuttle: Metaxu, at Tilton Gallery in New York, brought her most recent body of work critical attention, with David

Ebony describing it as “understated and graceful” in his “Top 10 New York Gallery Shows This Winter.” Cait Munro reviewed the show for artnet news, writing, “While mass production and digitization continue to dominate the contemporary art conversation, 26-year old Martha Tuttle . . . is doing something refreshingly measured and tactile.” As the daughter of poet Mei-mei Berssenbrugge and artist Richard Tuttle, and having spent a great deal of her childhood in New Mexico, Martha Tuttle has an affinity for natural materials and meditative processes. She rigorously dyes, rubs, folds, weaves, and beats her materials, which include silk, wool, paper, hematite, woad, indigo, and logwood, into her luminous abstract wall reliefs that are clearly cared into being. Quoted in Munro’s review, Tuttle comments, “It’s important to me to be able to touch every part of something that I make. I find that if I spend a long time with something, it heightens that relationship that I have with it.”

For Tuesday Evenings, Martha Tuttle shares her thoughts and experiences in the making of her work.

Martha Tuttle was born in Santa Fe, New Mexico, in 1989. She graduated from Bard College in 2011 and received her MFA in Painting and Printmaking from The Yale School of Art in 2015. She has held residencies at the New Mexico School of Poetics in Ojo Caliente in 2012, and in Grinnell, Iowa, in 2011. She received a Josef Albers Foundation Travelling Fellowship, as well as the Donald C. Gallup Research Fellowship from the Beinecke Rare Books and Manuscript Library, Yale University, in 2014. She has

exhibited her work in group shows throughout the US and Europe, and recently had her first solo exhibition in New York. She currently lives and works in New York.