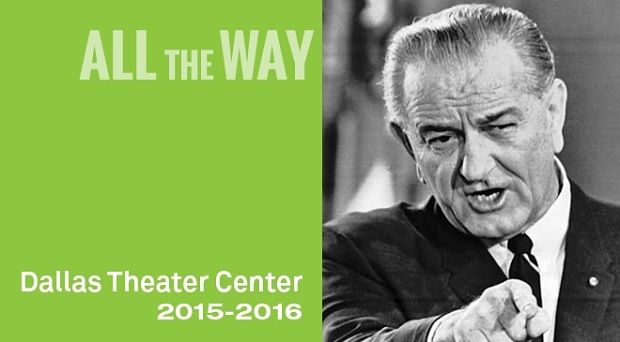 Winner of the 2014 Tony Award, this suspenseful Texas-sized new play about one of the most powerful Texans, takes us from the earliest moments of Lyndon B. Johnson’s accidental presidency to his hard-won landslide election one year later. The resident acting companies of Dallas Theater Center and Houston’s Tony Award-winning Alley Theatre join together to create this monumental play, which will be performed in both cities.

Robert Schenkkan’s masterful script paints a gripping portrayal of LBJ, civil rights hero, ruthless bully, and perhaps one of our greatest legislative presidents. With a title harkening back to the slogan for his 1964 campaign, "All the Way" is a searing and enthralling dramatization that explores political gridlock, strong-arm manipulation, and the morality of politics and power. Contains adult language.