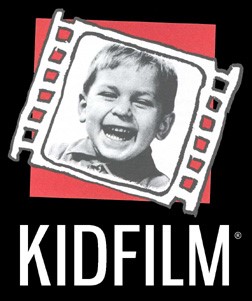 The USA Film Festival announces the schedule of events for the 32nd annual KidFilm Festival taking place Saturday, January 23 and Sunday, January 24, 2016 at the Angelika Film Center, 5321 E. Mockingbird Lane, Dallas. All programs will be presented FREE to the community. KidFilm is the oldest and largest-attended children’s film festival in the United States, featuring an entertaining, educational, and diverse line-up of new and classic films for both children and adults.

KidFilm is an annual outreach program of the USA Film Festival/Dallas, a 501c3 nonprofitorganization dedicated to the recognition and promotion of excellence in the film and video arts. This year, the Festival pays tribute to favorite children's book authors, celebrates diversity, the power of music and rhyming, classic fairy tales, magical journeys, and salutes environmental activism with a program featuring live action and animation, short films and feature-length works for audiences of any age.

MEET THE MCMULLANS! -- A Tribute to author Kate McMullan and illustrator Jim McMullan.
The program will include screenings of several of the McMullan’s books adapted for the screen
including I’m Dirty!, I Stink!, I’m Fast! and I’m Brave! followed by a reading with the
audience of their new book, “I’m Cool!” FREE copies of “I’m Cool!” will be distributed at the
show (while supplies last). After the on-screen program, the McMullans will sign books for the
audience.

READ-ALONG WITH TAYE DIGGS AND SHANE EVANS! -- A Tribute to actor/author Taye Diggs
and illustrator Shane Evans. The program will include a “Read-Along” presentation of Digg’s
new book, “Mixed Me!” with illustrations by Evans. FREE copies of “Mixed Me!” will be
distributed at the show (while supplies last). Following the reading, Diggs and Evans will sign
books for the audience.

SING-ALONG WITH LISA LOEB! -- A Tribute to singer/songwriter Lisa Loeb with a “Sing-Along”
performance by Loeb featuring past favorites from her children’s releases and selections from her
new CD of classic nursery rhymes, “Nursery Rhyme Parade!” FREE copies of “Nursery
Rhyme Parade!” will be distributed at the show (while supplies last). After the program Lisa
will sign mini posters for all kids.

New animated feature films to be presented include the much-anticipated Kung Fu Panda 3 in
3D, the adventurous heroic tale Albert: Up, Up, and Away! (Denmark), and the hilariously
surreal anime Satellite Girl and Milk Cow (South Korea).