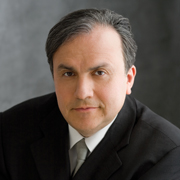 
— presented by —
The Cliburn
0
MILES

Yefim Bronfman is well known as a fearless pianist for whom no score is too demanding. – Wall Street Journal

Grammy® Award winner Yefim Bronfman is widely regarded as one of the most compelling virtuoso pianists performing today. His commanding technique and exceptional lyrical gifts have won him consistent critical acclaim and enthusiastic audiences worldwide, whether for his solo recitals, his prestigious orchestral engagements, or his rapidly growing catalogue of recordings. “A pianist with comprehensive skills who can seemingly play anything” (The New York Times), he will tackle the mammoth task of performing all three of Prokofiev’s powerful, dissonant “War Sonatas” (6, 7, & 8) in this, his first Cliburn Concerts appearance in over a decade.