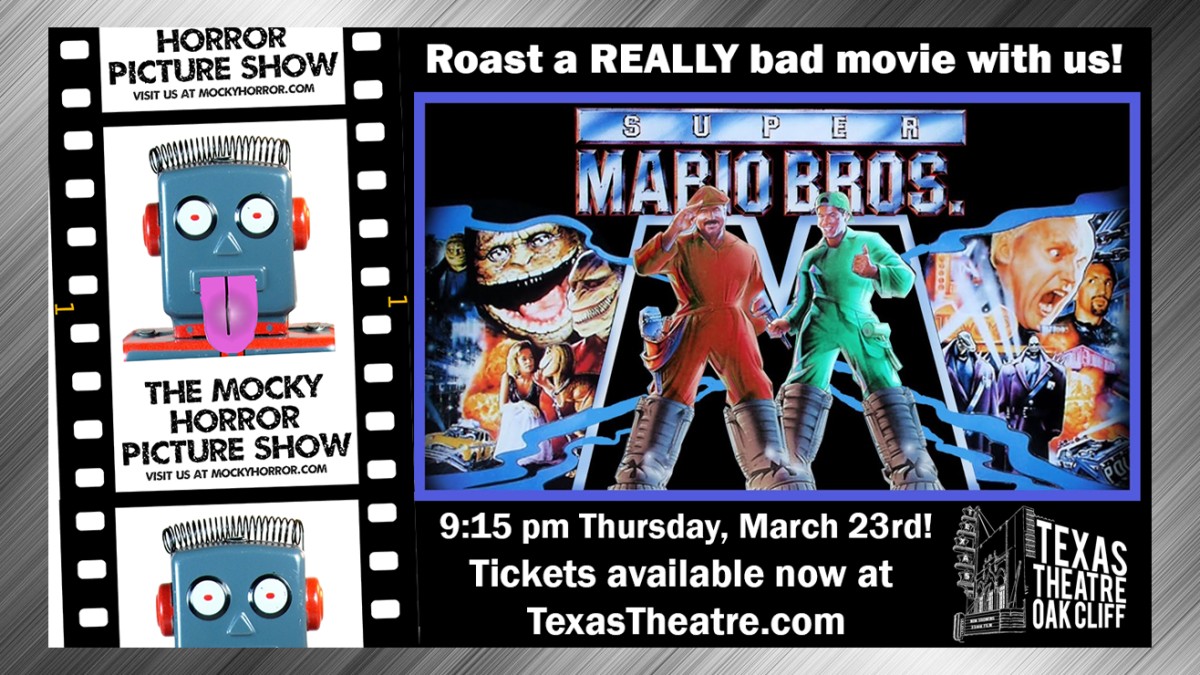 It’s taken 30 years to get a Super Mario Bros. movie and you’ll see why when you watch the 1993 version with The Mocky Horror Picture Show.

The Mocky Horror Picture Show features three local comedians (Liz Barksdale, Danny Gallagher and Albie Robles) making jokes at some really bad movies. Throughout the movie, special prompts appear on the screen that tell the audience when to yell pre-written lines and throw stuff at the screen so they can make fun of the movie with them.

The show starts at 9:15 pm (get there early to watch some pre-show) on Thursday, March 23rd at the Texas Theatre at 231 W. Jefferson Blvd. in Oak Cliff. Tickets are available online for $14 per person and every guest gets a free bag of mystery props to use during the movie along with some other surprise Super Mario and Mocky Horror swag.