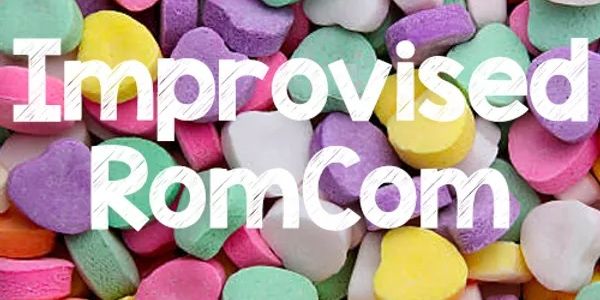 An Improvised Rom-Com is a Valentine's Day-inspired, fully improvised, romantic comedy parody where the audience gets to play Cupid!

A team of talented improvisers interviews two audience members before recreating their epic love story by drawing upon the team’s collective knowledge of rom-com tropes from your favorite 90s and 2000s movies.

After the interview, watch the players re-enact their version of their love story, from their first time meeting up due to a funny mix-up at a coffee shop to their first ever love letters expressing their undying emotions, to the miscommunication about an old business partner that led to their breakup, to the near improbably rekindling of their flame after an airport chase.

All the action is created on the spot and catered to those two audience members' personalized stories.

Bring a date, grab some grub, and watch the Comedy Arena players recreate the ultimate Rom-Com in less than 60 minutes.