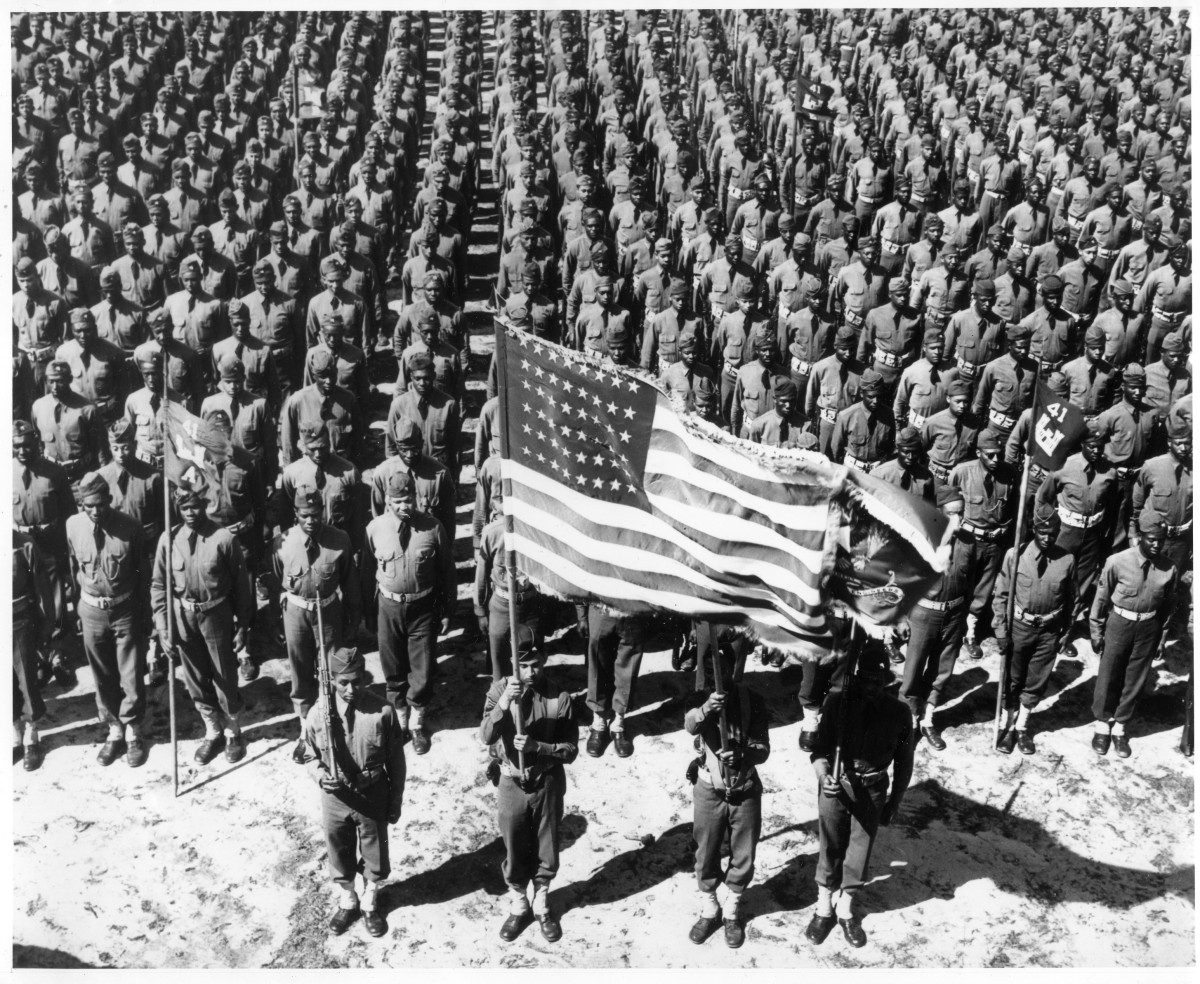 Fighting for the Right to Fight: African American Experiences in WWII

A traveling exhibition from the National WWII Museum in New Orleans.

In the years leading up to World War II, African Americans experienced regular discrimination. To be Black was to know the limits of freedom in America. Yet, once WWII began, thousands of African Americans rushed to enlist, intent on serving the nation that treated them as second-class citizens. They were determined to fight to preserve the freedom that they themselves had been denied. "Fighting for the Right to Fight" is their story.