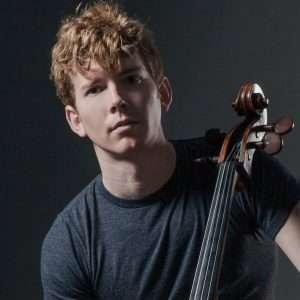 Now a solid Cliburn Concerts favorite, Joshua Roman is a cellist, composer, and curator whose performances embrace musical styles from Bach to Radiohead. Before setting off on his unique path as a soloist, he was the Seattle Symphony’s principal cellist—a job he began at just 22 years of age and left only two years later. He has since become renowned for his genre-bending repertoire and wide-ranging collaborations. Joshua was named a TED Senior Fellow in 2015; his Main Stage TED Talks/Performances garnered millions of views. His endeavors outside the concert hall have taken him to Uganda with his violin-playing siblings, where they played chamber music in schools, HIV/AIDS centers, and displacement camps. He’ll perform two distinctive concerts in April: one traditional recital at the Kimbell, as well as a more casual experience at the Cliburn’s newest club venue, Tulips.