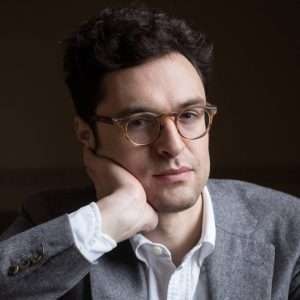 Timo Andres is an American composer and pianist who was born in California, grew up in rural Connecticut, and now makes his home in Brooklyn. On one night in February, moderated by Buddy Bray, we’ll explore his dual, homegrown talent. As a composer, he’s written works commissioned by such major cultural institutions as the Boston Symphony, Carnegie Hall, and Los Angeles Philharmonic; he was also a Pulitzer Prize finalist in 2016. As a pianist, he’s played with the Los Angeles Philharmonic, as well as the North Carolina, New World, and Albany Symphonies, and at Lincoln Center, Wigmore Hall, Phillips Collection, and (le) Poisson Rouge. And when his Carnegie Hall solo recital debut was canceled in April 2020, the artist reconstructed his program as a series of YouTube videos, which were the subject of a feature in The New York Times.