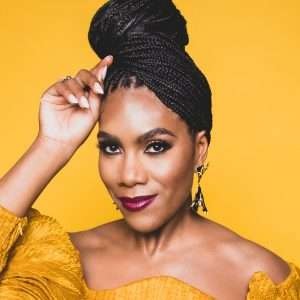 A flashy Cliburn Concerts debut, without a doubt: J’Nai Bridges comes to Fort Worth fresh off a 2022 Grammy win for her recording of Philip Glass’ Akhnaten with the Metropolitan Opera. She’s known for her “plush-voiced mezzo-soprano” (The New York Times) and has been heralded as “a rising star” (Los Angeles Times); she’s graced the world’s top stages in repertoire ranging from traditional favorites to world premieres to spirituals and standards. The American mezzo-soprano sold out her Carnegie Hall solo recital debut. She’s performed at the BBC Proms, Elbphilharmonie, and Tanglewood Festival; with the San Francisco, Los Angeles, and Dutch National Operas; and with the National, BBC, New York Philharmonic, and Chicago Symphony Orchestras, the last with Yo-Yo Ma. And now a handful of lucky Fort Worth patrons will get to hear her excellence in two intimate concerts, one at the Kimbell, one at The Post.