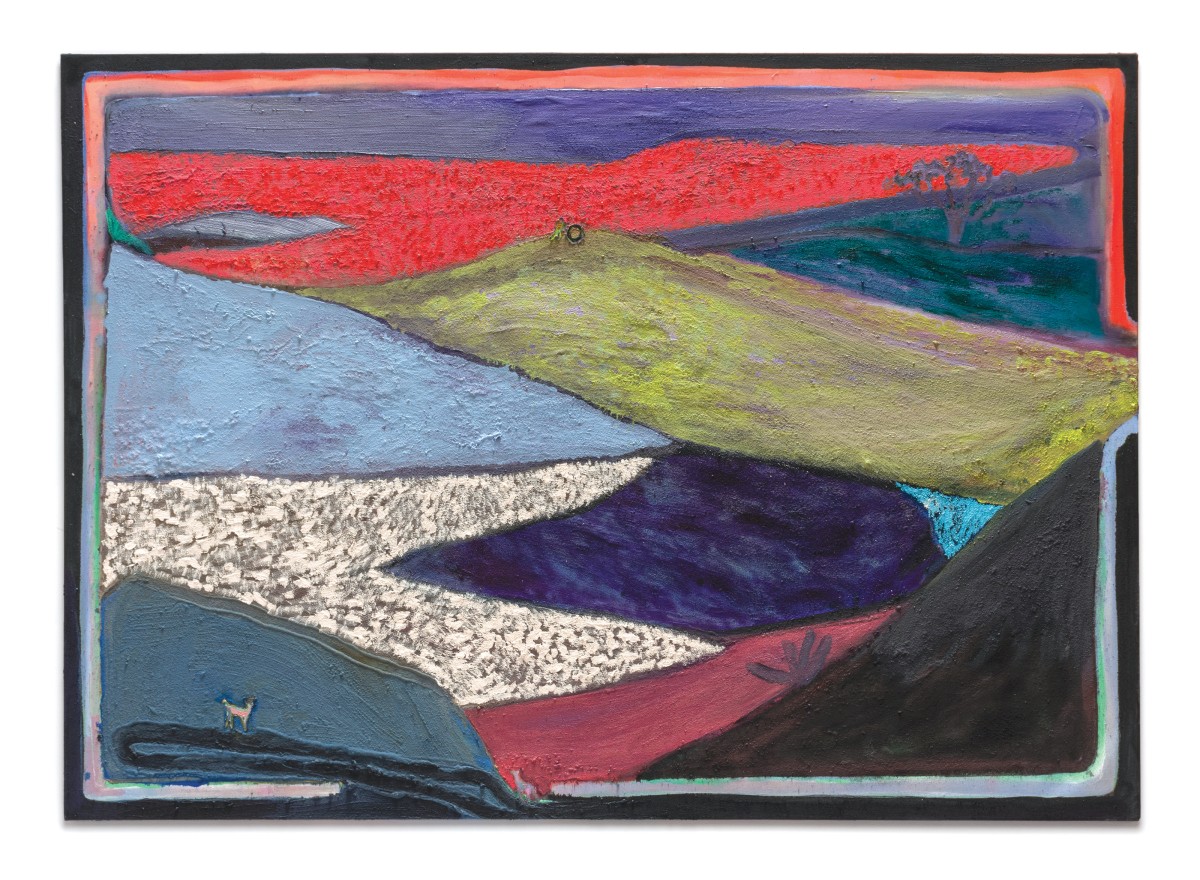 Sean Cairns: The Myth We Call Space and Time

Sean Cairns will give an Artist Talk on Saturday, January 21, at 11 a.m.

Sean Cairns paints emotionally charged minimalist landscapes yielding paintings as tender as they are philosophical. Influenced by Folk Art’s matter of fact subjects and Modernism’s color field compositions, his mixed-media paintings incorporate chance operations and found materials, often worked and reworked on the floor. “I think the paintings reveal themselves once they’re on the wall but while painting on the floor I’m immersed in the terrain I’m building,” says Cairns. In these paintings you often will find a figure, a narrative, and a landscape all veiled in the illusion of abstraction while maintaining the painting’s harmony in switching between traditional perspective and flat fields of glowing color.

Born in 1988, Sean Cairns was raised in rural Sparta, Illinois, coming from multiple generations of folk artists. Following an undergraduate degree in Sculpture at the Milwaukee Institute of Art & Design in 2011, and an MFA in Visual Studies in 2014 from the Minneapolis College of Art and Design, Cairns turned his attention to painting. Sean Cairns has lived in Dallas since 2014. This is his second solo exhibition at Valley House Gallery.