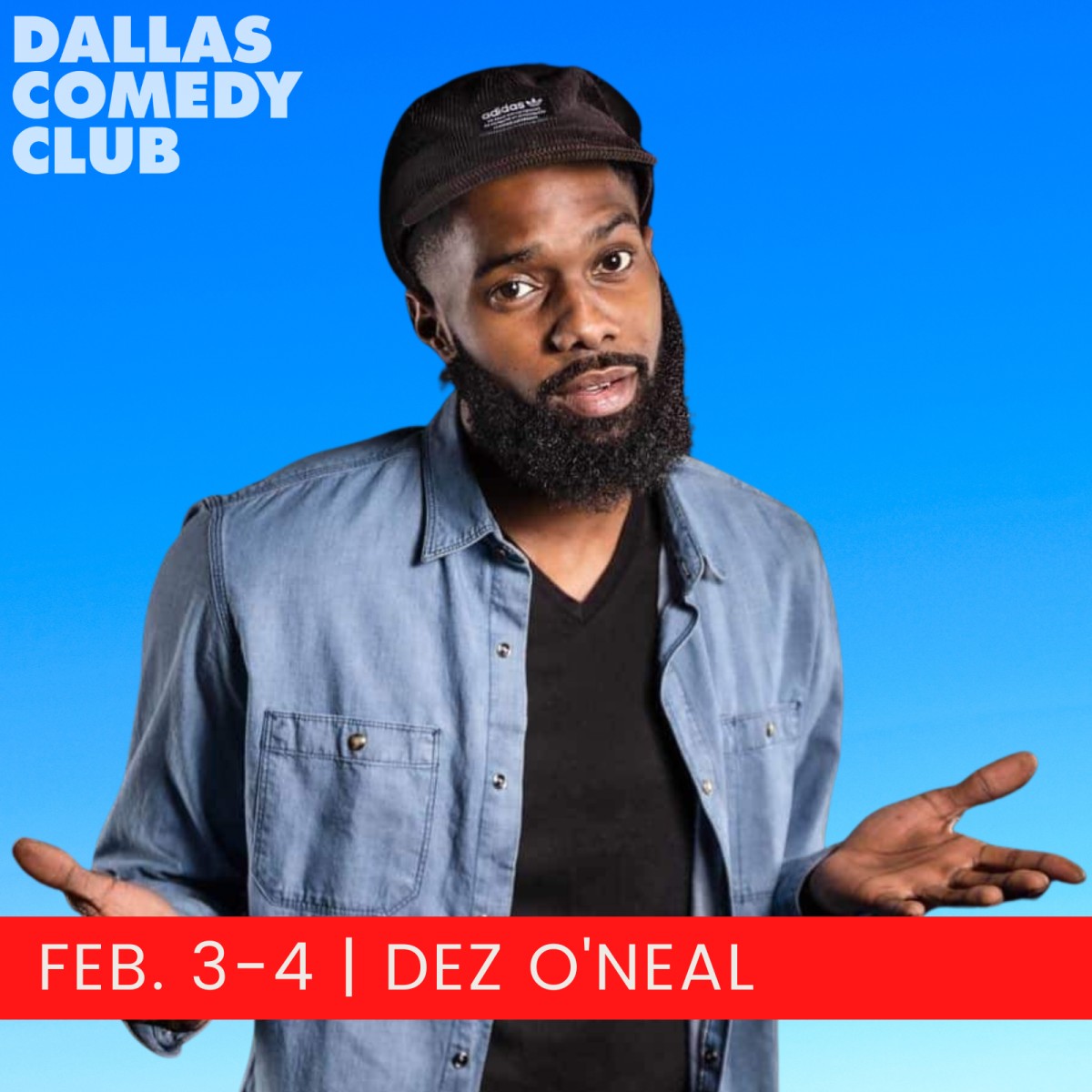 Dez O’Neal was dubbed the “Funniest Comic In Texas” out of 500 contestants! He also was a Top 3 Finalist in the 2020 San Diego comedy festival and was just the winner of the 2021 Fort Wayne World Series of comedy. Dez O’Neal, also known as the DOC – the funny doctor living the mantra that laughter works just as good as medicine, is a (Dallas) DFW Stand-Up Comedian introduced to the arts via acting/theatre. Three years ago he took his naturally humorous personality and his theatre training to the stage as a Stand-Up Comedian, and has since built a supportive following based off his comedic process.Dominating the local scene, and currently working as a traveling comedian, Dez O’Neal is definitely one to keep your eye on. With his classic approach to comedy, one sit in on one of this comic’s jokes you’ll find yourself taking in a deep breath of fresh air. He restores the belief that a comic can actually still have punch lines and be funny! Join the movement and support a classic in the making: Dez O’Neal Comedy!