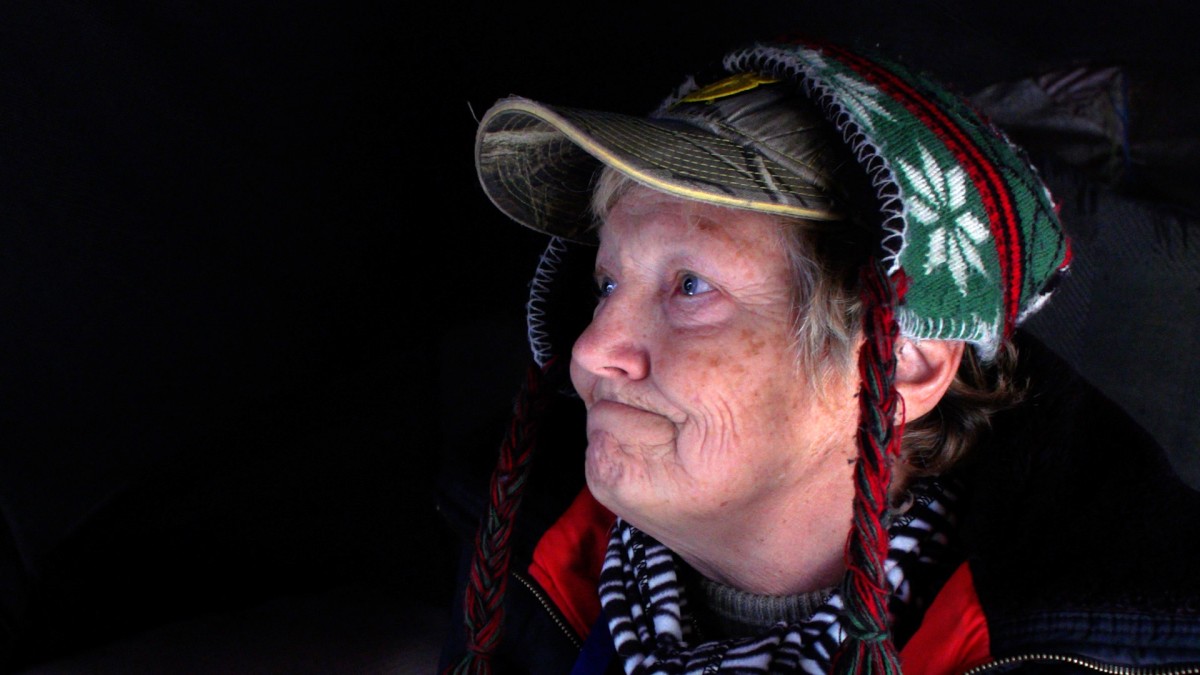 Dallas filmmaker Alan Govenar’s film, LOOKING FOR HOME, produced by Documentary Arts and distributed by First Run Features, will play a one-night-only screening at the Angelika Film Center - Dallas (Mockingbird Station, 5321 E Mockingbird Ln #230) on Thursday, December 8 at 7 p.m. for $10 (https://videofest.org/tickets/), organized by Bart Weiss as a part of Dallas VideoFest’s Curated Film Series. A Q&A with Govenar will follow.

An Exploration of HOME - Before, During, After The Pandemic
In today’s uncertain world, what is the meaning of home? Over the course of four years, local filmmaker Alan Govenar talked to more than 60 people around the globe about the ever-evolving ways we think and feel about one of our most basic needs – from a college student in Buenos Aires to a homeless couple living in a makeshift tent in the woods in Dallas, a hot dog vendor in New York City, an artist in Nairobi, and a man and woman whose unlikely relationship emerged during France’s Covid lockdown.

As global crises have left millions of people bound to and displaced from their physical habitats, LOOKING FOR HOME  resonates across time and place, searching for a deeper meaning of home — a concept universally embraced but now in an unprecedented state of flux.

Showcased for DVF’s Curated Film Series
“Through the Pandemic, so many people spent time at home and had time to think about the concept of home. In LOOKING FOR HOME (which was a film project started two years before the Pandemic hit the world), Alan Govenar talks to people from all walks of life, stages of life and places of life, to bring us a deep meditation on home.  We are so happy to have this film that has been a major success in New York, screen at the Angelika, in the city Alan calls ‘home,’” says Bart Weiss, founder and artistic director of Dallas VideoFest.

REVIEWS of LOOKING FOR HOME
The film premiered in New York City at Cinema Village October 21-27, 2022, and has received rave reviews.

Richard Alaniz of the KPFK Film Club says, “Writer/director Alan Govenar has created an endlessly fascinating, wide-ranging celebration of the diversity that is the human race. In his fabulous documentary, LOOKING FOR HOME, people from all walks of life share their thoughts and feelings, and show us what they believe a home is.”
Tom Needham of WUSB’s “The Sounds of Film” says, “Govenar’s film is a transformative, hypnotic dream which makes one question one’s idea of home and life itself.”

For Overly Honest Film Reviews, Chris Jones wrote, “Heartwarming doesn’t even begin to describe this film; the interviews in this documentary make you understand and realize precisely what home means!”

And for FilmThreat, Alan Ng wrote, “LOOKING FOR HOME will expand your mind and pull you outside the walls of your ‘home,’ no matter what shape, form, or location it takes.”

About Alan Govenar:
Alan Govenar is an award-winning writer, poet, playwright, photographer, and filmmaker. He is the director of Documentary Arts, a non-profit organization he founded to advance essential perspectives on historical issues and diverse cultures. Govenar is a Guggenheim Fellow and the author of more than thirty books, including Boccaccio in the Berkshires, Paradise in the Smallest Thing, Lightnin’ Hopkins, Untold Glory, Texas Blues, Stompin’ at the Savoy, Everyday Music, Texas in Paris, and A Pillow on the Ocean of Time. His book Osceola: Memories of a Sharecropper’s Daughter won First Place in the New York Book Festival (Children’s Non-Fiction), a Boston Globe-Hornbook Honor; and an Orbis Pictus Honor from the National Council of Teachers of English. Govenar’s film, Stoney Knows How, based on his book by the same title about Old School tattoo artist Leonard St. Clair, was shown at the Museum of Modern Art in New York and the Centre Georges Pompidou in Paris and was selected as an Outstanding Film of the Year by the London Film Festival. His documentaries The Beat Hotel, Master Qi and the Monkey King, You Don't Need Feet to Dance, Extraordinary Ordinary People, Tattoo Uprising, and Myth of a Colorblind France are distributed by First Run Features. Govenar’s theatrical works include the musicals Blind Lemon: Prince of Country Blues, Blind Lemon Blues, and Lonesome Blues (with Akin Babatundé), Texas in Paris, and Stompin’ at the Savoy.

About Documentary Arts:
Founded in 1985 by Alan Govenar to present new perspectives on historical issues and diverse cultures, Documentary Arts, Inc. is a non-profit organization based in Dallas, Texas, and New York City. Documentary Arts works to broaden public knowledge and appreciation of the arts of different cultures in all media.

Documentary Arts can be found online at DocumentaryArts.org.