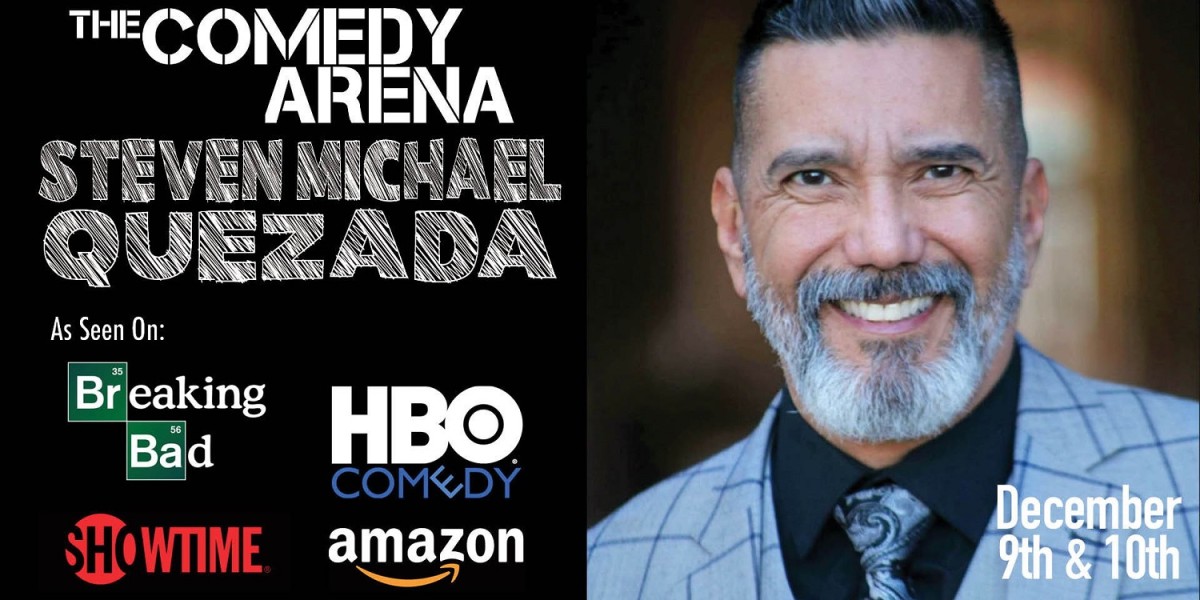 As Seen On: Breaking Bad, Better Call SaulComedy Specials on HBO, Showtime, Amazon, Spotify and Comedy Dynamics. Opened for SNL and has performed on the new ‘Arsenio Hall show. With a career in the entertainment industry spanning more than three decades, Steven Michael Quezada has worked alongside some of the biggest names in show business including Bryan Cranston, Bob Ordenkirk, George Lopez, Rob Zombie, Joe Pesci, Helen Mirren and Danny Trejo to name a few. Steven famously portrayed the role of DEA Agent Steven Gomez in the Emmy Award-winning television series Breaking Bad, which was filmed in his hometown of Albuquerque, New Mexico, and for which he earned a Screen Actors Guild Award for Outstanding Performance by an Ensemble in a Drama Series. He has also appeared in Better Call Saul, The Mindy Project, Spare Parts, Crash, Documentary Now, Outlaws and Angels, Holiday for Heroes, Wish Man, Better Call Saul and Magnum P.I. Steven is not just an actor, he is a major touring comedian and has appeared on HBO, Showtime and has performed on the new 'Arsenio Hall show'!

This is SPECIAL EVENT. No Discounts or Free Passes will be accepted.

ENTERING & SEATINGThe House typically opens 30 minutes before showtime. Seats are only guaranteed until showtime. Ticket price is more expensive at the door (if any remain). All seating is based on size of party and when guests arrive at the show. We have cabaret style seating, so small tables with chairs around them. Most of our tables seat 4 people. If your group is smaller you may be sitting with another group, if it is larger you will have multiple tables next to each other. To ensure a whole table to your group, you need to buy 4 tickets.

ALL SALES ARE FINALNo refunds or exchanges offered after the show. Please make sure you purchase tickets for the correct date and time. You may be able to have your tickets moved to a future event if you notify the box office 24 hours before the start of the show to which you have tickets.There is a 2 Item (Food or Beverage) Minimum Per Person. This means each person must purchase 2 items off the menu. This can be an alcoholic, or non-alcoholic drink, or any of our food items. Once Seated; Food and Beverage service ends approx. 45 minutes into the show.
Happens on the following Dates: