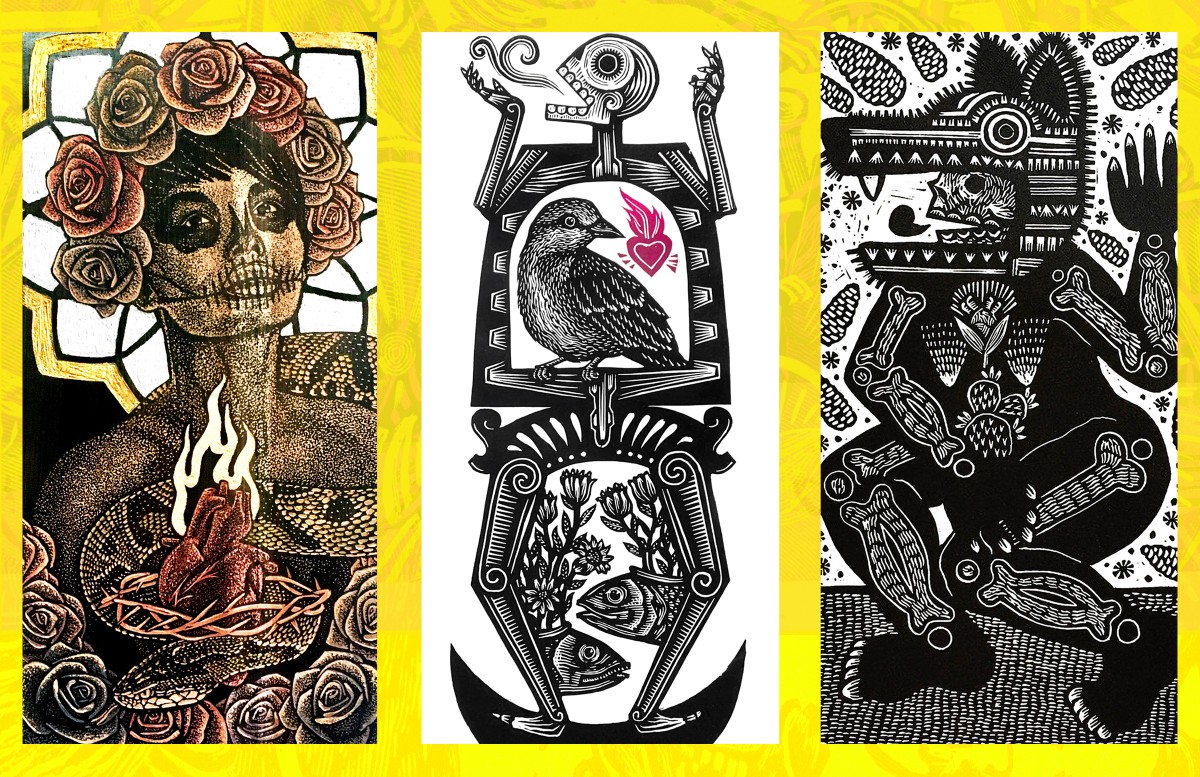 The Bath House Cultural Center is hosting its 36th annual Day of the Dead exhibition in 2022.  The show, titled Día de Muertos: Estampas de Vida (Day of the Dead: Prints of Life), is on display from October 15 to November 5, and includes artwork by artists from Texas, Wisconsin, and Mexico.

The center will host a reception with the artists on Sunday, October 16, from 5 to 7 PM.  During the reception, visitors will enjoy viewing giant festive puppets (mojigangas) and listening to live music by Los Hijos de Moreno, a Dallas band of young musicians, ages 9-17, who play traditional Mexican conjunto music.

The exhibition features artwork in all media; however, there is a special emphasis placed on the art of traditional printmaking, an art medium that has been closely linked to the festivity—especially because of its prominence and wide use by Day of the Dead artists like José Guadalupe Posada, Leopoldo Méndez, Alberto Beltrán, Manuel Manilla, and various members of the esteemed Taller de la Gráfica Popular (People’s Print Workshop) from Mexico.  The highlighted printmaking pieces that were selected for the show include techniques such as woodcut, linocut, etchings, lithography, aquatint, monotype, screen printing, and other mixed media art where printmaking processes were incorporated.

The exhibition also features altars and ofrendas created by local artists to honor their departed relatives or friends, and even public figures like Queen Elizabeth.

This exhibition will be curated by Enrique Fernández Cervantes.