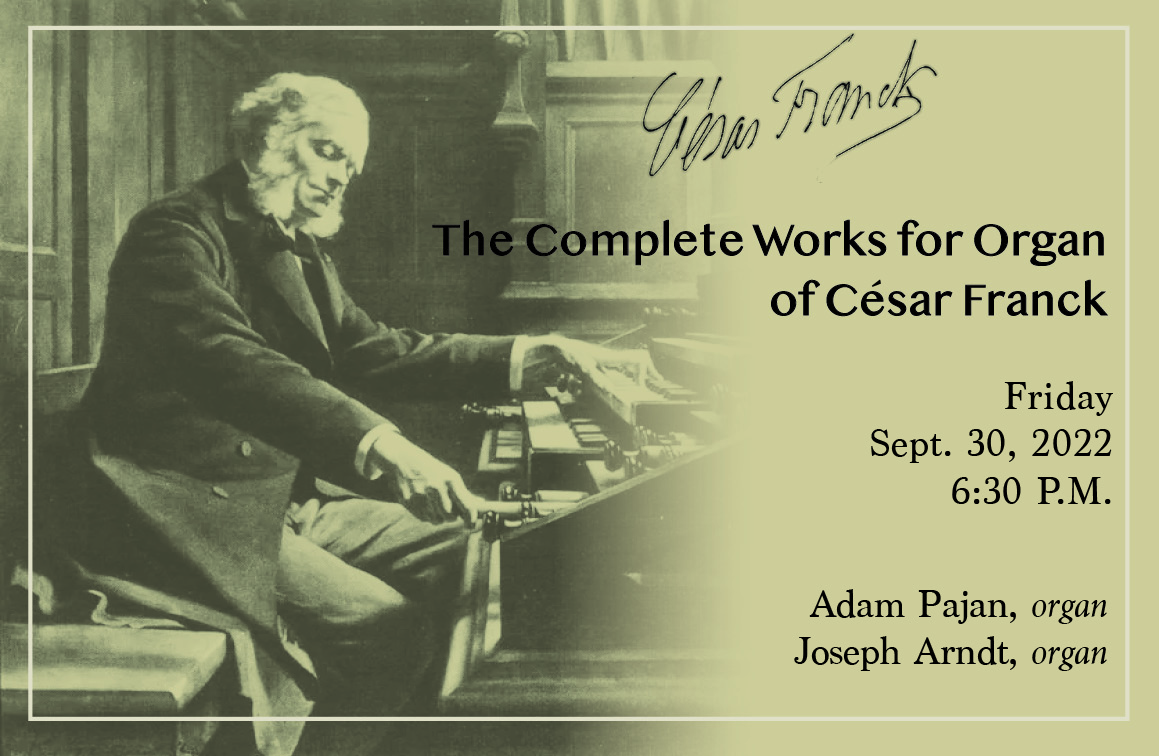 In honor of the bicentennial of the birth of César Franck (1822-1890), arguably the singular most important composer for the organ in 19th century France, organists Adam Pajan and Joseph Arndt will present the twelve major organ works in a marathon performance on the 191-rank Rildia Bee O’Bryan Cliburn Casavant organ at Broadway Baptist Church. The Casavant organ is the largest organ of French aesthetics in the world and well-suited to render Franck’s masterworks.
Join us for this electrifying concert on Friday, September 30, 2022, beginning at 6:30 p.m., ending approximately 9:00 p.m. The concert will also be livestreamed at broadwaybc.org.