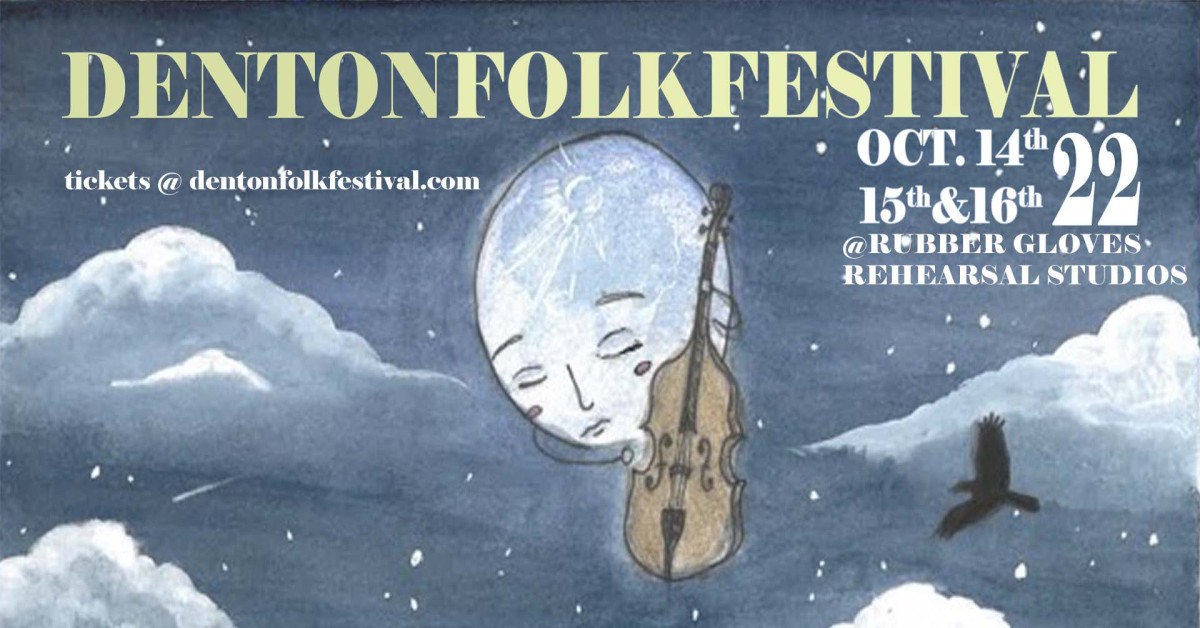 The fifth annual Denton Folk Festival is a three-day event organized by the Denton Songwriters Guild that will be taking place on October 14th, 15th, and 16th at the famous Rubber Gloves Rehearsal Studios. This is the only local event to feature exclusively Folk, Americana, Bluegrass, and World Music. Attendees will enjoy hearing everything from Mariachi to Zydeco between two stages and perusing the dozens of vendors offering local art, crafts, various goodies, and even massage! There will be food trucks for when hunger strikes and Rubber Gloves has a full bar to quench any thirst. There will also be live screen printing for t-shirts and hats from PINT Services. Tickets for the fest are $20 per day and $50 for all three days. 100% of the money from ticket sales goes directly to local musicians. You can get tickets and see the full schedule at www.dentonfolkfestival.com

One of the notable acts to be featured at Denton Folk Festival 2022 are Austin-based alternative indie folk duo Beth // James, made up of award-winning singer-songwriters Mikaela and Jordan Burchill. After two dazzling EPs, and their original song, "Lion Eyes" in Spike Lee's Academy Award-winning feature film 'BlacKkKlansman', the duo is back with their debut album "Get Together", recorded and produced by James Petralli of White Denim. You can catch Beth // James on opening night, October 14th, at 10 PM on the indoor Stage.

Some of the other featured acts will include the Dallas Observer nominated, whiskey-soaked Folk Rock band, Levi Cobb and the Big Smoke, the female powered roots storyteller Sarah Carrino, the award-winning Mariachi Quetzal, and an act that always lets the good times roll, Jay-B & the Zydeco Posse. Over the three days DFF 2022 will host 19 bands that display amazing diversity, such as Django Reinhardt inspired Gypsy Jazz band Le Not So Hot Klub du Denton(Not France) or Skiffle Revisionist act The Sutcliffes. All this great music will happen between two stages so the tunes never stop!

Tickets and the full schedule can be found at www.dentonfolkfestival.com