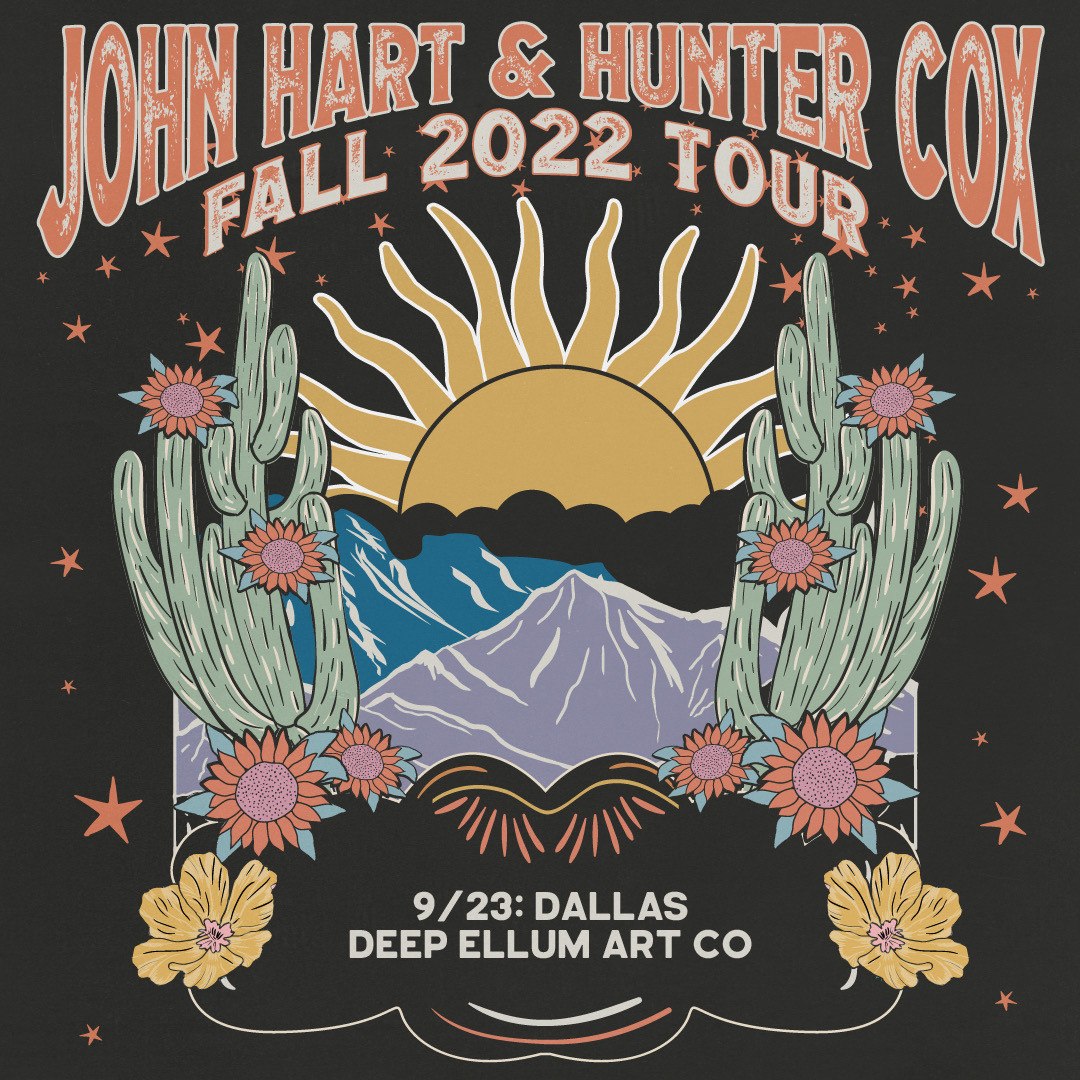 Deep Ellum Art Company Presents: Co- Headline: John Hart, Hunter Cox & Big League Boys on Friday September 23, 2022
John Hart: Originally from Jackson, Mississippi, Nashville-based artist John Hart blends singer-songwriter depth and honesty with indie rock/alt-country edge and soul.  Opening for acts such as St. Paul and the Broken Bones, Ben Rector, The Brook and the Bluff, and The Dirty Guv’nahs, John Hart delivers a live set that is able to suit a variety of genres and audiences. : "Hailing from Fort Worth, Texas, Hunter Cox is accompanied by a band of misfits from Houston known as The Big League Boys, who together have cultivated a unique sound that airs on the side of Folk Rock, with a HEAVY emphasis on Rock. Someone once asked, "How would you describe your music?" In a synchronized fashion, they all replied, "Loud."