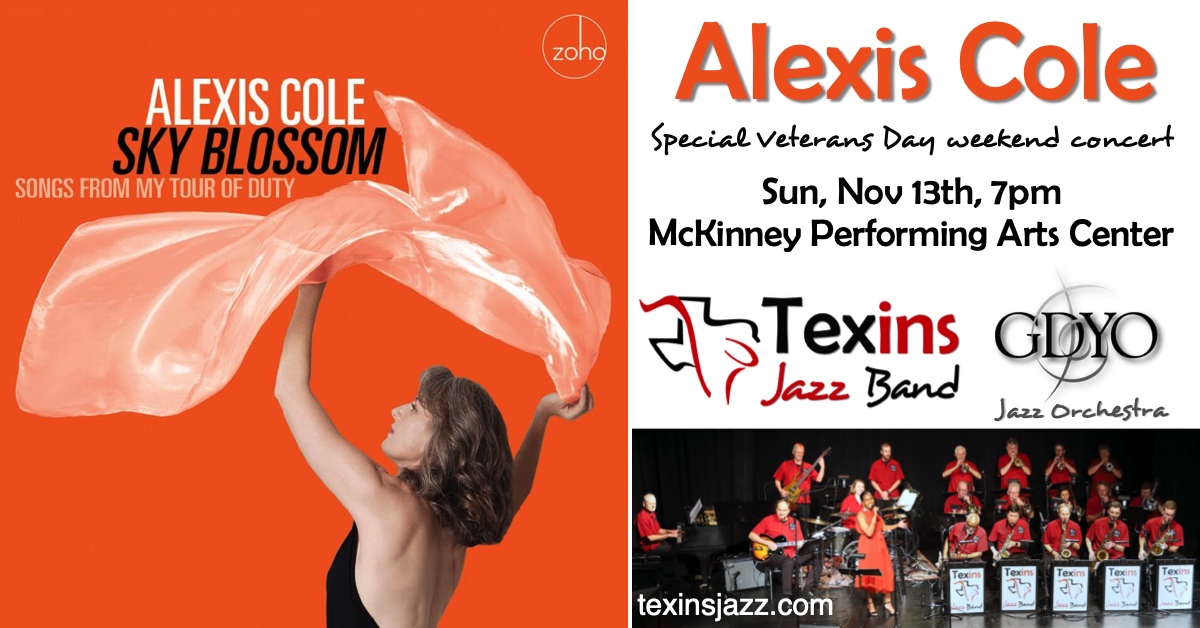 Texins Jazz Band has a 36-year history of hosting world-class guest artists. It’s fitting that the guest artist for their Veterans Day weekend concert is Alexis Cole. She may be the most talented singer to ever hold a top-secret military clearance. She was the featured vocalist for seven years with the U.S. Army's West Point Jazz Knights. Alexis recently released Sky Blossom, a collection of songs she performed during her tour of duty. She’ll perform several of those songs with Texins Jazz Band, along with a special Veterans Day tribute song. Alexis is currently based in New York City and has performed at Carnegie Hall, Birdland, Jazz at Lincoln Center, and the Blue Note. She will also perform with the GDYO Jazz Orchestra, who will open the concert.

Texins Jazz Band is a full 18-piece big band based in Dallas, TX. The band is a 501(c)(3) nonprofit organization. From 1986-2019 the band operated as The Texas Instruments Jazz Band and was organized through the Texins Association (Dallas, Texas) of Texas Instruments. The group formed in the summer of 1986, sparked by an ad placed in a TI company newspaper. The Texins Association ceased operation in 2019 and the band became the Texins Jazz Band in 2020. The majority of band members have STEM based degrees and careers (Science, Technology, Engineering, Math). The band is under the musical direction of Bill Centera.