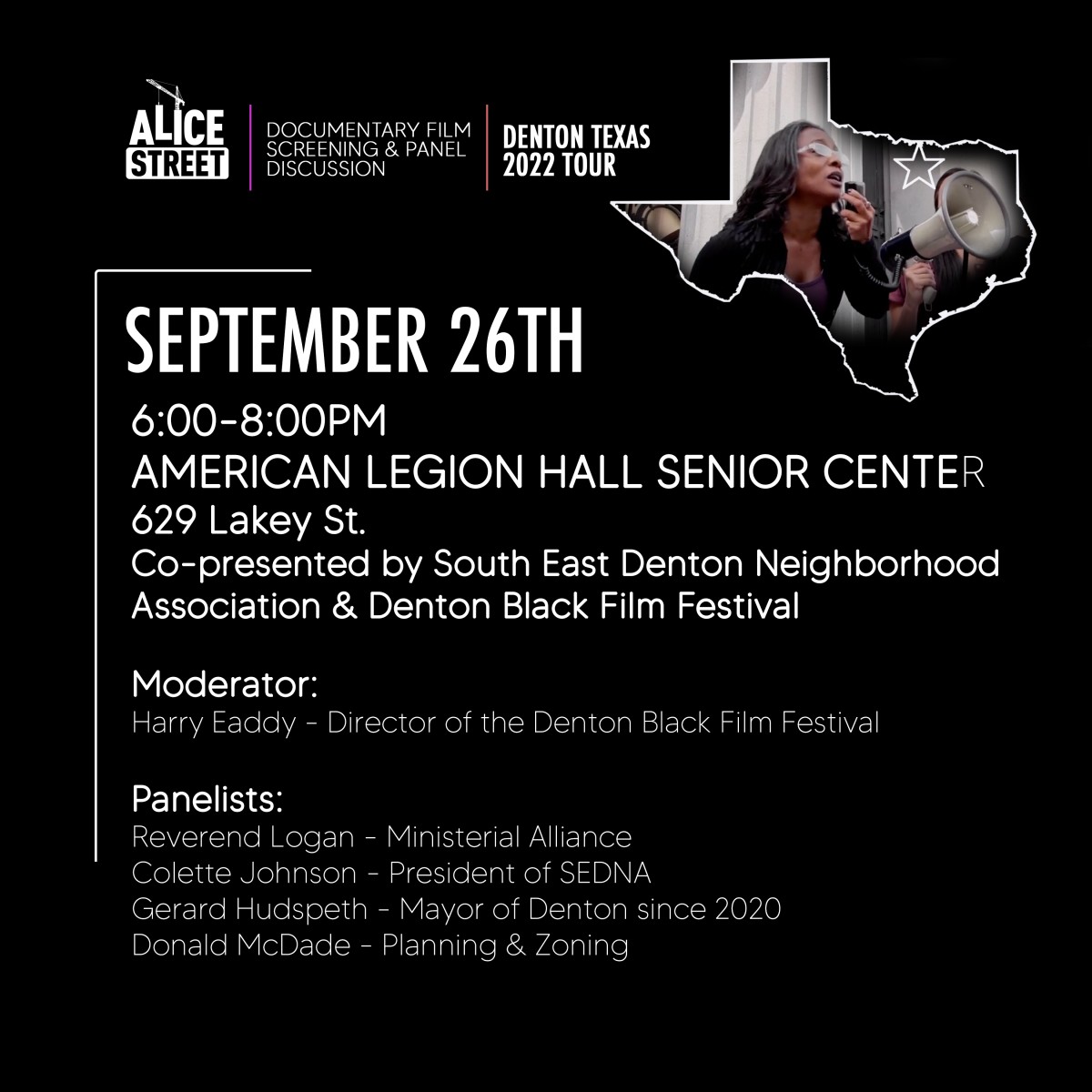 Alice Street centers on two artists who form an unlikely partnership to paint their most ambitious mural to date in Oakland’s downtown, ground zero for gentrification. The mural is dedicated to the diverse cultural artists that intersect on the corner, who are threatened by displacement. As the mural paint dries, a luxury condo is planned that obstructs art and cultural history. The community decides to fight back. The film has screened in over 30 film festivals across the globe, including Denton’s 2021 Thin Line Film Festival where Alice Street won the prestigious “Impact Award.” The screening will be followed by a panel discussion with Denton community leaders who will share how the Alice Street story is relevant to current and historical events in Denton. Come join the dialogue!