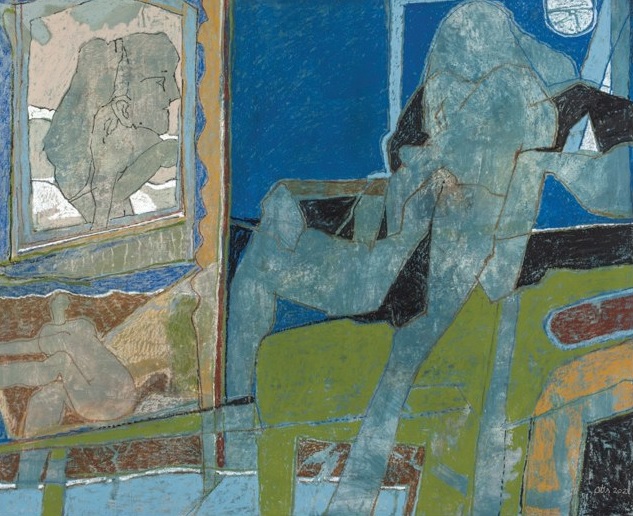 Born in 1933, Otis Huband declared his intention to be an artist at age 6. He earned his BFA and MFA at Richmond Professional Institute of the College of William & Mary, now Virginia Commonwealth University. Subsequently, he traveled to Italy with his wife Anne to study painting and sculpture at L'Accademia di Belle Arti in Perugia. They returned in 1965 and made their home in Houston. After many years of providing art instruction, including at the Houston Museum School of Fine Arts and Art League Houston, Otis retired from teaching in 1982. Since then, he has devoted all of his time to the studio.   Otis Huband's daily studio practice begins by making collages to transition from cognitive thinking to perceptual impulses. Then, he moves into painting, independent of the collages. Otis says, "I never make preparatory drawings for the paintings because I want the delight and surprise of discovery. I feed on my subconscious reservoir to create a new and personal reality that is revealed in the act of painting."   The exhibition will be on view through September 24, 2022.