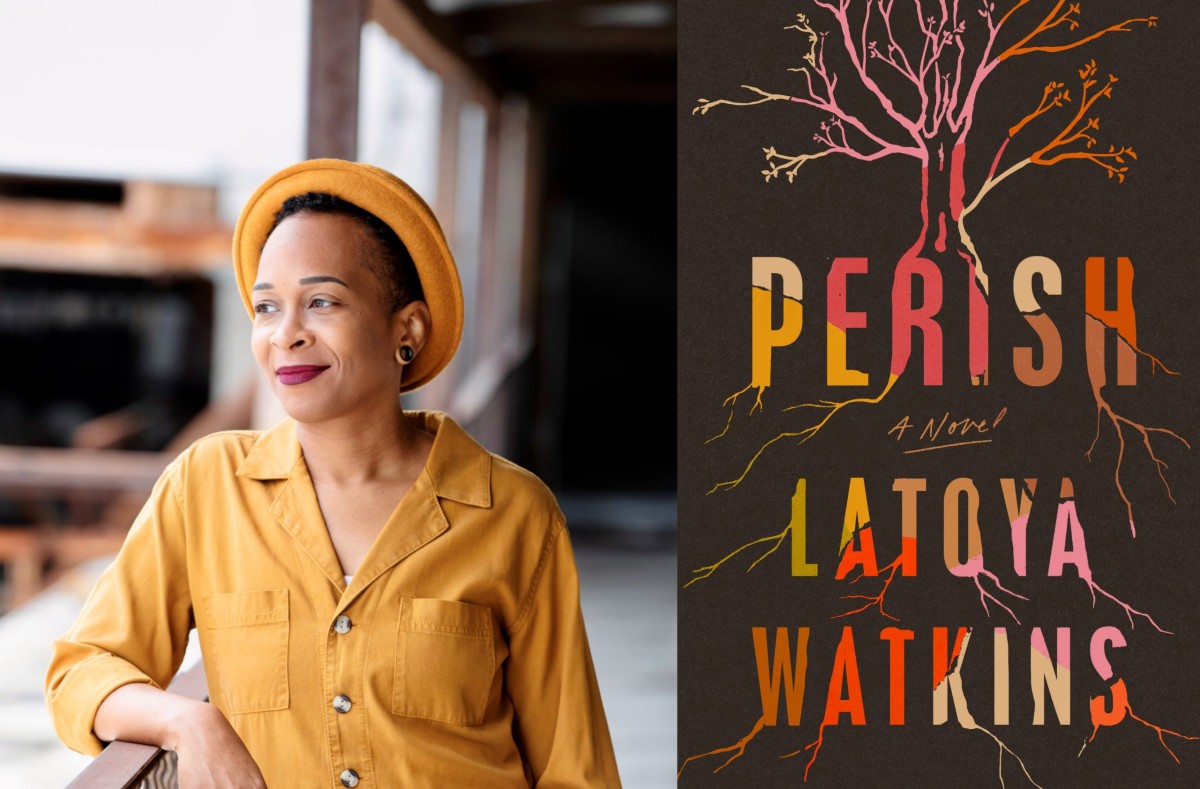 Named A Most Anticipated Book of 2022 by *Essence* and *Esquire*

Join us Tuesday, August 23, at 6:30 pm CST with author LaToya Watkins in conversation with author Sanderia Faye for a discussion and Q+A in celebration of the launch of PERISH. This event will be IN-PERSON and books will be available to purchase the night of the event.

About the Book
From a stunning new voice comes a powerful debut novel, Perish, about a Black Texan family, exploring the effects of inherited trauma and intergenerational violence as the family comes together to say goodbye to their matriarch on her deathbed.

Set in vividly drawn Texas and tackling themes like trauma, legacy, faith, home, class, race, and more, this beautiful yet heart-wrenching novel will appeal to anyone who is interested in the intricacies of family and the ways bonds can be made, maintained, or irrevocably broken.

“I’d be hard-pressed to say what I admire most about LaToya Watkins’s debut novel—the nuanced, fully realized characters, the firmly rooted sense of place, or the author’s fierce, elegant, and fearless prose. Perish is a heartrending story, urgently told, about family, trauma, and the salvific power of forgiveness and love. Helen Jean Turner and her children, grandchildren, and great-grandchildren will linger in my heart for a long time.” ―Elizabeth Wetmore, New York Times bestselling author of Valentine.

“LaToya Watkins writes with a gaze that is warm and compassionate, but courageous and unflinching, refusing to look away from difficulty. Perish is a resonant debut novel, a robust family story told with beautiful cadences and textures. Watkins has a wonderful heart that animates every page from beginning to end.” ―Jamel Brinkley, author of A Lucky Man

About the Author
LaToya Watkins’s writing has appeared in A Public Space, The Sun, McSweeney’s, The Kenyon Review, The Pushcart Prize XXXIX (2015), and elsewhere. She has received grants, scholarships, and fellowships from the Middlebury Bread Loaf Writers’ Conference, the MacDowell Colony, Yaddo, Hedgebrook, and A Public Space (she was one of their 2018 emerging writers fellows). She holds a Ph.D. from the University of Texas at Dallas. Perish is her debut novel.

Sanderia Faye
Dr. Sanderia Faye is an Assistant Professor of Practice and Executive Director of the Dallas Literary Festival at Southern Methodist University (SMU). She is also a professional speaker at American Program Bureau, and a sommelier, where she pairs wine with books. Her novel, Mourner’s Bench, a coming-of-age story set in the Arkansas Delta during the height of the Civil Rights Movement, is the winner of the Hurston/Wright Legacy Award, Philosophical Society of Texas Award of Merit for fiction, and Arkansas Library Association, Arkansiana Award. She is the co-leader of Pen America/DFW, co-founder of Kimbilio Center for Fiction and the founder of LitNight Reading Series.