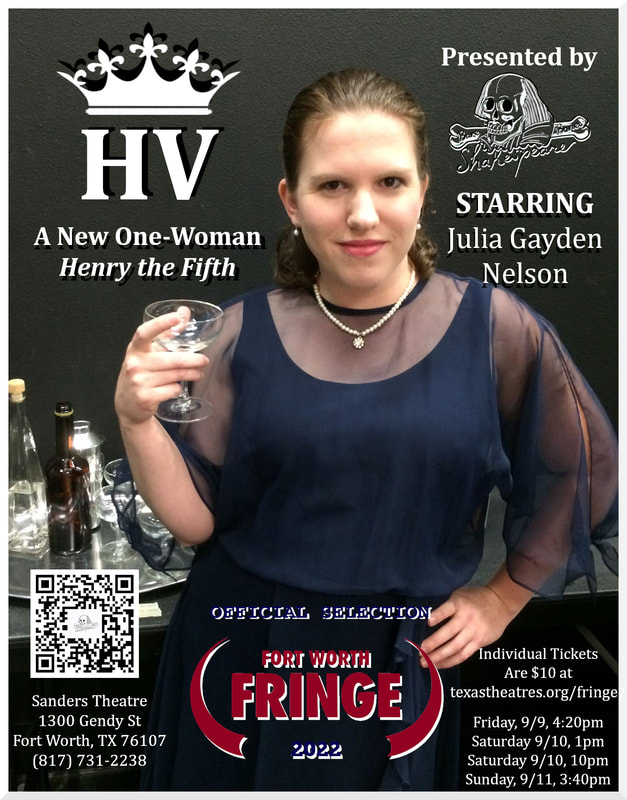 Henry the Fifth has a problem. She wants to re-take the French lands traditionally owned by England, but as a young king (with a famously misspent youth), no one will take her seriously. In this gender-wacky one-woman cut of William Shakespeare's famous play Henry the Fifth, Julia Gayden Nelson's HV will have audiences laughing and crying as she tries to take over France with nothing but her charisma, her audience, and... her cell phone.