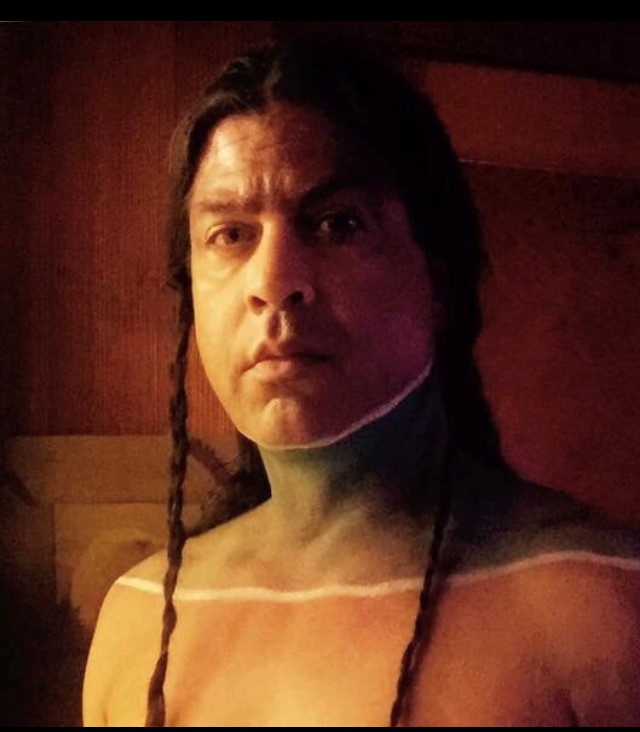 Karankawa is the name of indigenous people who, for several centuries, controlled a more than 300-mile stretch of the sandy loam Texas Gulf Coast shore from approximately present-day Galveston Bay south to Corpus Christi Bay.  Historians long thought the Karankawa people had disappeared.  Described as cannibals in school textbooks, their extinction was celebrated because of these alleged behaviors.  Tim Seiter and Alex Perez will challenge myths regarding cannibalistic behaviors and the notion that they are extinct at 7:30 p.m. Thursday, September 15 at the Allen Public Library.  Admission to the program is free, and it will be web-casted live on allentx.swagit.com

Mr. Seiter will reveal evidence that documents three major attempts of annihilation led by Athanase de Mézières, Domingo Cabello y Robles, and Nicholas de La Mathe.  Because of the fierce resistance that the Karankawan warriors exhibited, the tribe was labeled as loathsome giants or cannibals.  Many tribal members accepted the labels of Hispanic, Tejano, American and assimilated into those cultures.  Today, a resurgence of the Karankawa tribe is apparent. The Karankawa descendants have a tribal council and two clans—one centered in Corpus Christi and the other in Galveston.

Alex Perez is a linguist and cultural advisor to the Karankawan tribe, which he observes, “carries a lot of responsibility and a necessary medicine in an ailing society.” When asked what it means to be a Karankawan, Alex notes, “I attempt to serve as a good example of what it means to be a human being and bring my relatives back from the separation of our native ancestry, after having been removed from it for so long, which created generational traumas. Our grandparents were taught to be ashamed of their identity as indigenous people. But I am in service to correct that misteaching.”

Tim Seiter is a third-year Ph.D. student at the Clements Department of History at Southern Methodist University.  His focus is on colonial Texas, and he is currently finishing his book, Wrangling Pelicans, which describes life as a presidial soldier in eighteenth-century Spanish Texas.