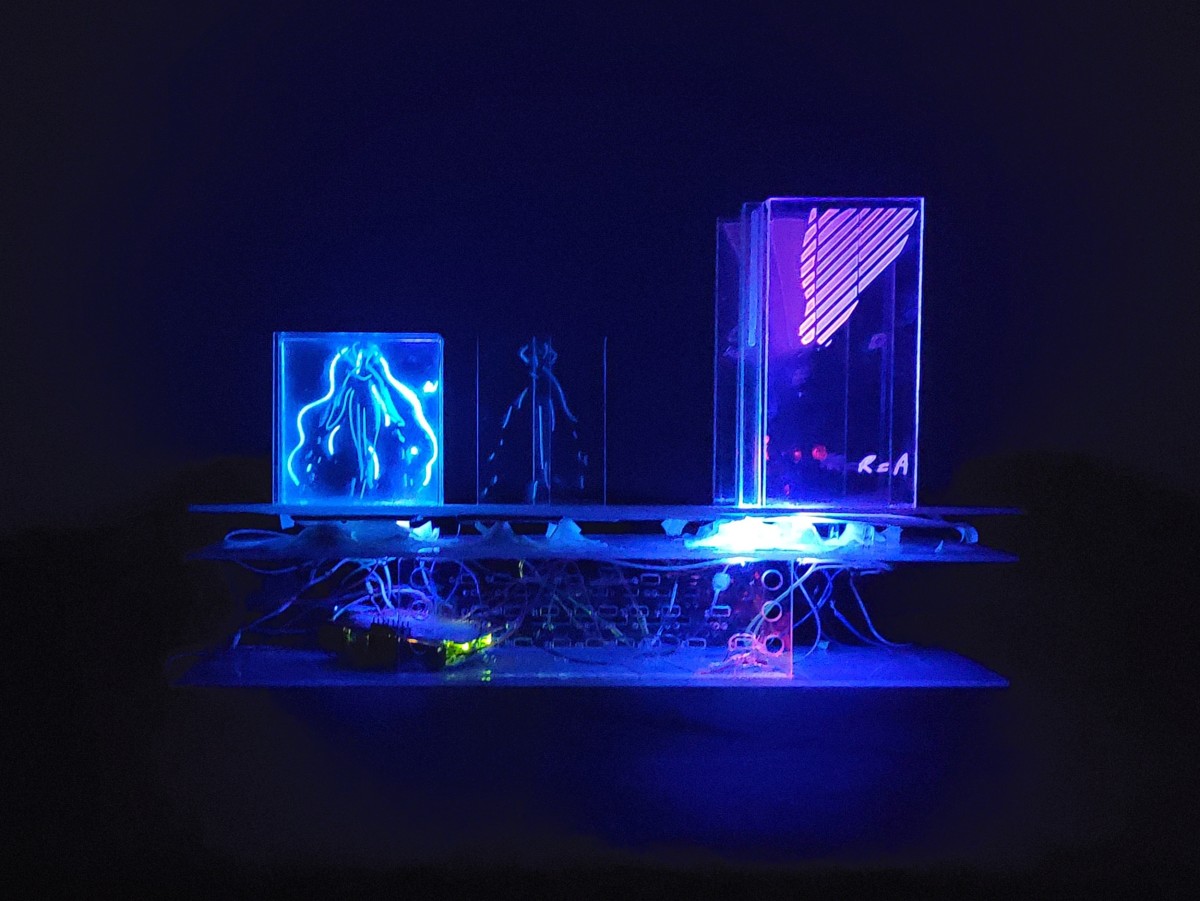 Elmira Bagherzadeh’s work is about the personal struggle and desire for peace and unity, with a focus on the contrast between a chaotic state of mind and the tranquility sought through mindfulness and meditation practices. She explores these themes through a series of physical manifestations combining cultural referencing and psychology enhanced by animation, sculptural construction, and technology. Employing these components in illustrative ways, Bagherzadeh is pursuing contemporary engineering practices involving microprocessors, blacklight LEDs, invisible ink, and Arduinos along with the aesthetics of the visual arts to creatively convey cognitive behavioral patterns brought on by the changing dynamics of cultural and sociological adaptation of contemporary life experience.

The drawings on these installations are invisible in the daylight but they come to life in the dark, visible as animation through flashes of blacklight LEDs. The darkness in the room mimics the subconscious while the light discloses actions formed in the conscious mind. Through these exploratory works she seeks to find and establish new links of communications in ways that connect to individuals, including herself, that can create relief and offer new promises of hope in non-traditional ways.

Elmira Bagherzadeh is an Iranian visual and new media artist currently living in Dallas, Texas. She received her bachelor’s in biomedical engineering in Iran in 2011. Bagherzadeh moved to the United States to pursue a degree in Art, Technology, and Emerging Communication at the University of Texas at Dallas. Bagherzadeh’s works during this period focus on the synthesis of early avant-garde experimental animation and physical computing techniques.