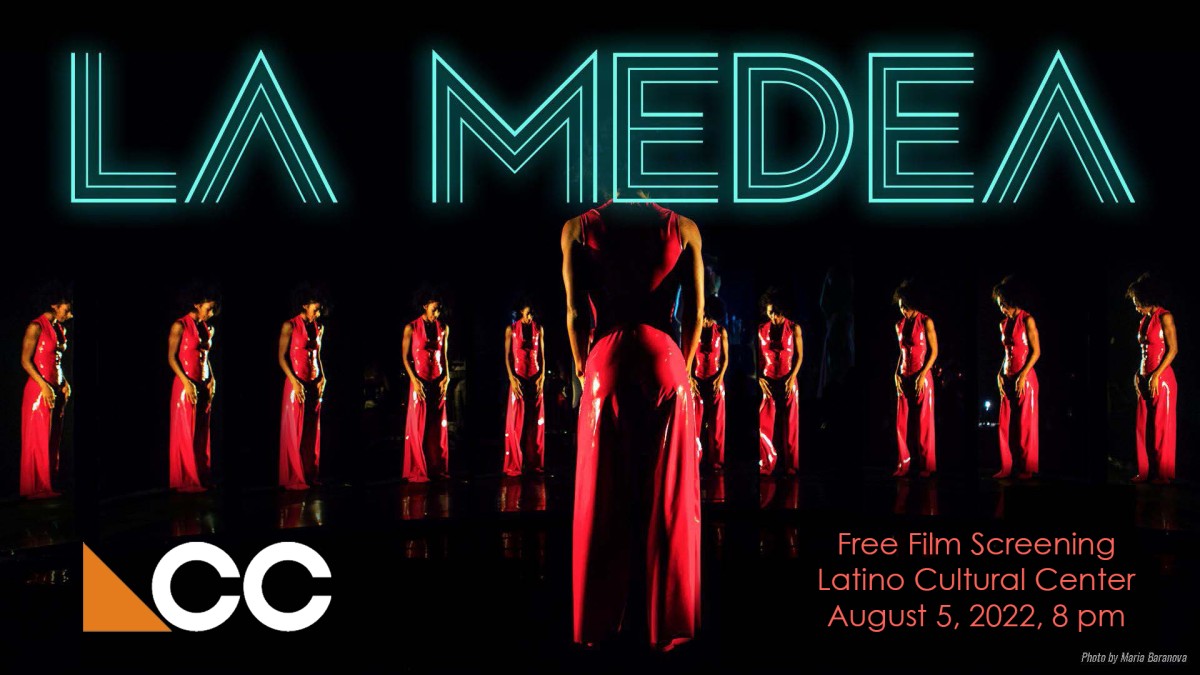 La Medea re-imagines Euripides’ tragic myth into a made for camera latin-disco-pop musical film. Often screened with the live score performed by the original live band inside the cinematheque, this unique feature film was directed, performed, shot, and edited in real time, creating a high-stakes vulnerability for cast, crew, and audiences alike. Performers and camera women play the characters, while in-studio audiences act as the Greek chorus and film extras. The pervasive figure of the wild foreign woman who vengefully murders her own children is shattered in this genre-bending multidimensional dismantling of an ongoing toxic myth. Challenging cinematic traditions and portrayals of women on screen and in myth, La Medea dismantles notions of a “dangerous,” “hysterical,” foreign woman. The film reveals an infinite woman that rejects the limited gaze imposed on her for centuries.