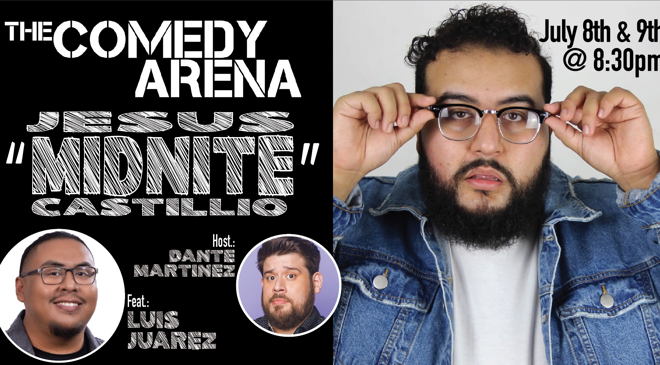 Jesus "Midnite" Castillo has been writing, performing and producing comedy for over 10yrs. Born and raised in Dallas, TX, Midnite has grown a following by delivering his humor on stages across the country.  In 2001 Midnite had a successful online show that opened up the doors to explore online radio and eventually being a morning show co-host at Power 108.  After hosting a comedy show sponsored by the radio station, he tried his hand in comedy going to open mics around his city and has been performing standup comedy since.  Midnite has opened up for countless acts and is currently on Tour with Chingo Bling.  Midnite can be seen in his acting Debut as "Flaco" in the online short film Dirty Horchata.