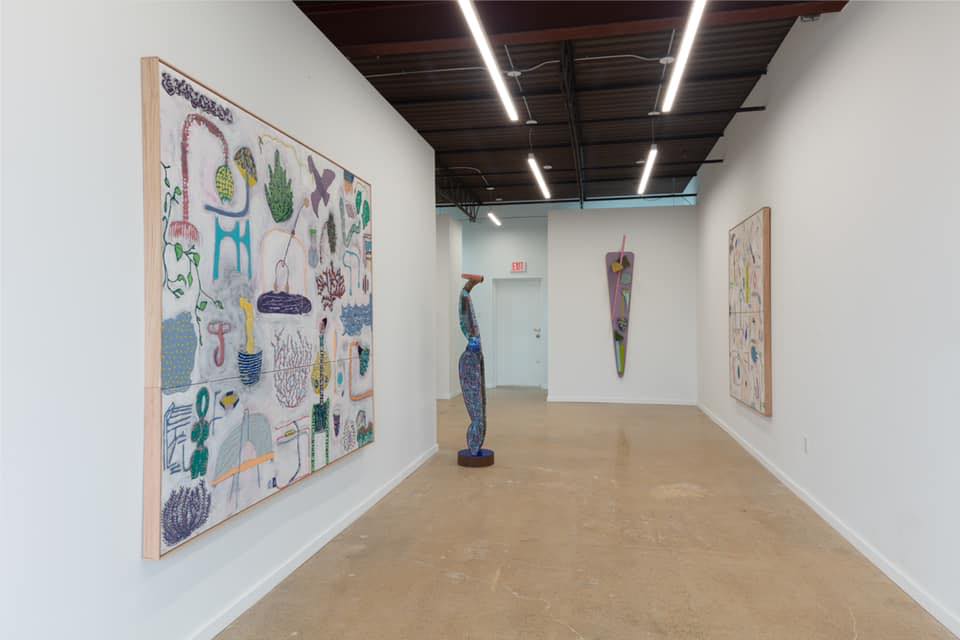 CLULEY PROJECTS, the satellite project space of Erin Cluley Gallery that opened in April of 2021, is pleased to announce its summer group show, LOOKING BACK 2022. The exhibition will mark the occasion of Cluley Projects first year of operations by revisiting its past programming. The twelve participating artists represent each solo or two-person show that has been mounted at the gallery since its grand opening.

The exhibition will be on view from July 9th through August 13th at its location in West Dallas at 2123 Sylvan Avenue.

An Opening Reception will be hosted for the artists Saturday, July 9th from 5-8 pm.

Works will be included by: