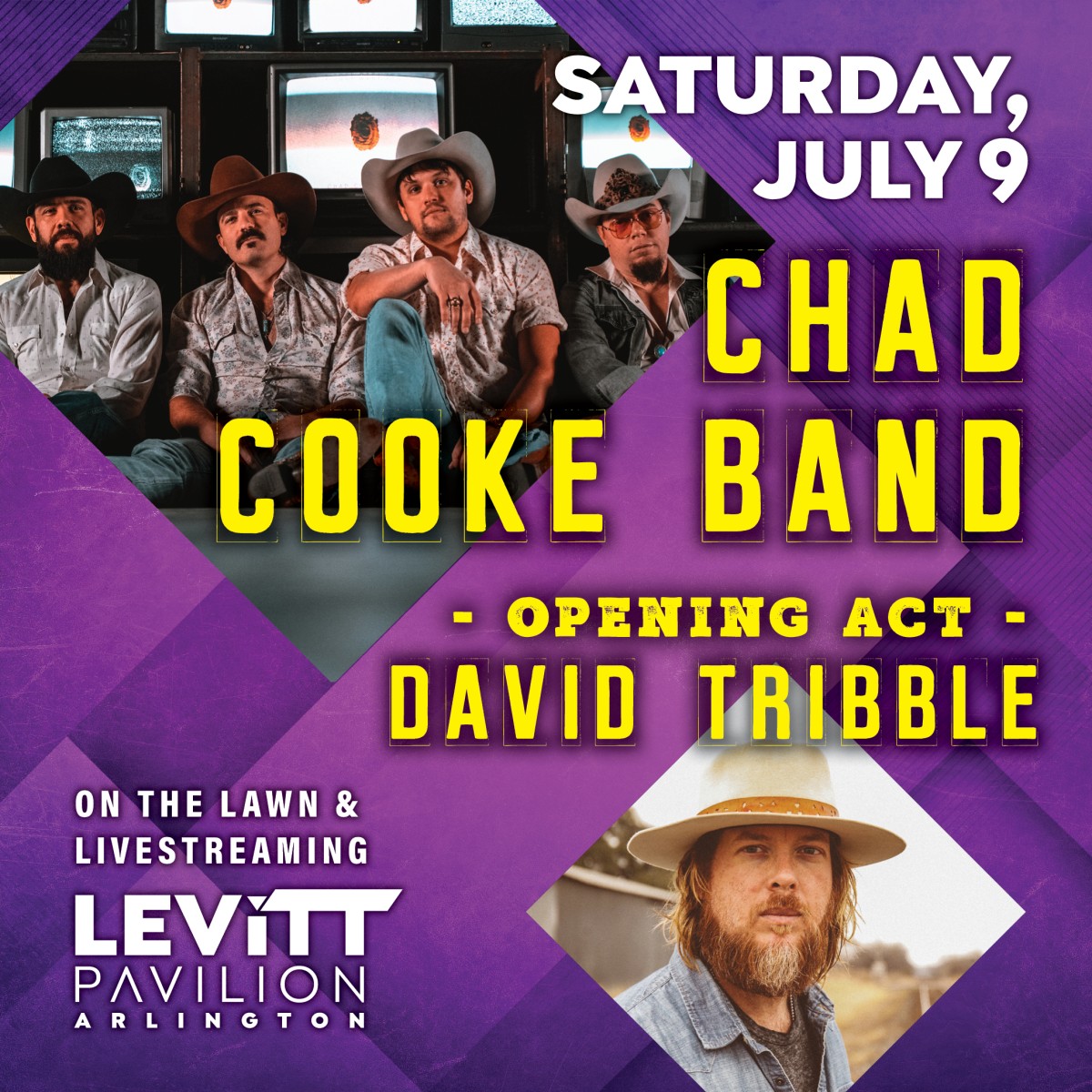 The Chad Cooke Band is made up of four modern-day country crooners from Houston who specialize in three-and-four-part harmonies delivered with a rock-n-roll edge.  “Oil Man” (a single from the band’s 2016 debut album, “Easy Way Home”) continues to be a fan favorite, with over 10 million streams and a music video that has amassed over 15 million views. Their sophomore album, “Risk It All”,  is honest Texas Country music, with just enough Nashville shine to attract the attention of music industry executives—the album’s first single, “Whatever It Takes”, climbed all the way to the number three spot and set the record for the longest- charting single (43 weeks) on the Texas/Red Dirt Radio chart.

The Levitt’s Saturday night opener is Fort Worth teacher-turned songwriter David Tribble, whose soul-fueled music was described by one reviewer described as “...humble, rich with emotion and honesty…and there is a haunting quality to his songs.”  Spanning the folk, indie and Americana genres, performing solo or with his band, David draws listeners in with a raspy voice that chronicles the challenges and victories from his personal journey of starts and stops.

This Saturday night show is part of Levitt’s FREE concert series, made possible by support from partners like Baylor Scott & White Orthopedic and Spine Hospital-Arlington, the Arlington Tomorrow Foundation, and donations from community members. Pack up a cooler, bring your lawn chair, and get ready for a fun night of music under the stars in the heart of the city!