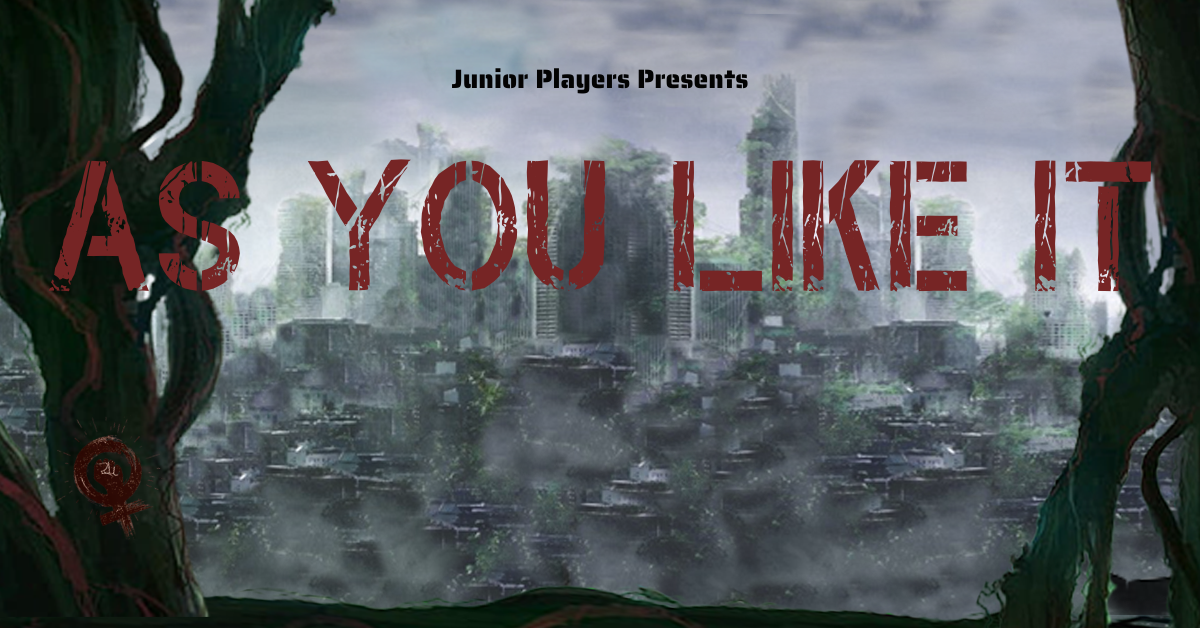 Junior Players presents As You Like It (Virtual Event)

'As You Like It' takes the familiar story to a new dystopian world. In a deeply authoritarian state, 2 young women struggle under the oppressive regime of Duke Frederick, who has banished the rightful Duke, his brother, and created a culture of fear and repression, especially for women. Frightened of anyone not fiercely loyal to him and his ideas, Duke Frederick banishes his niece Rosalind, not realizing his daughter (and Rosalind's dear cousin) will decide to go away with her beloved cousin.

Disguising herself as a man to avoid abuse or harm, Rosalind strikes out into the wild countryside, with her cousin (and a frightened, freethinking fool) in tow, to discover what life can be when none of the old rules apply.

Who would you be if you could escape to a new world and help build a new way to live?

This performance is completely free and open to the public and will take place via the Zoom Webinar platform on Sunday, August 7, at 6 pm CST.