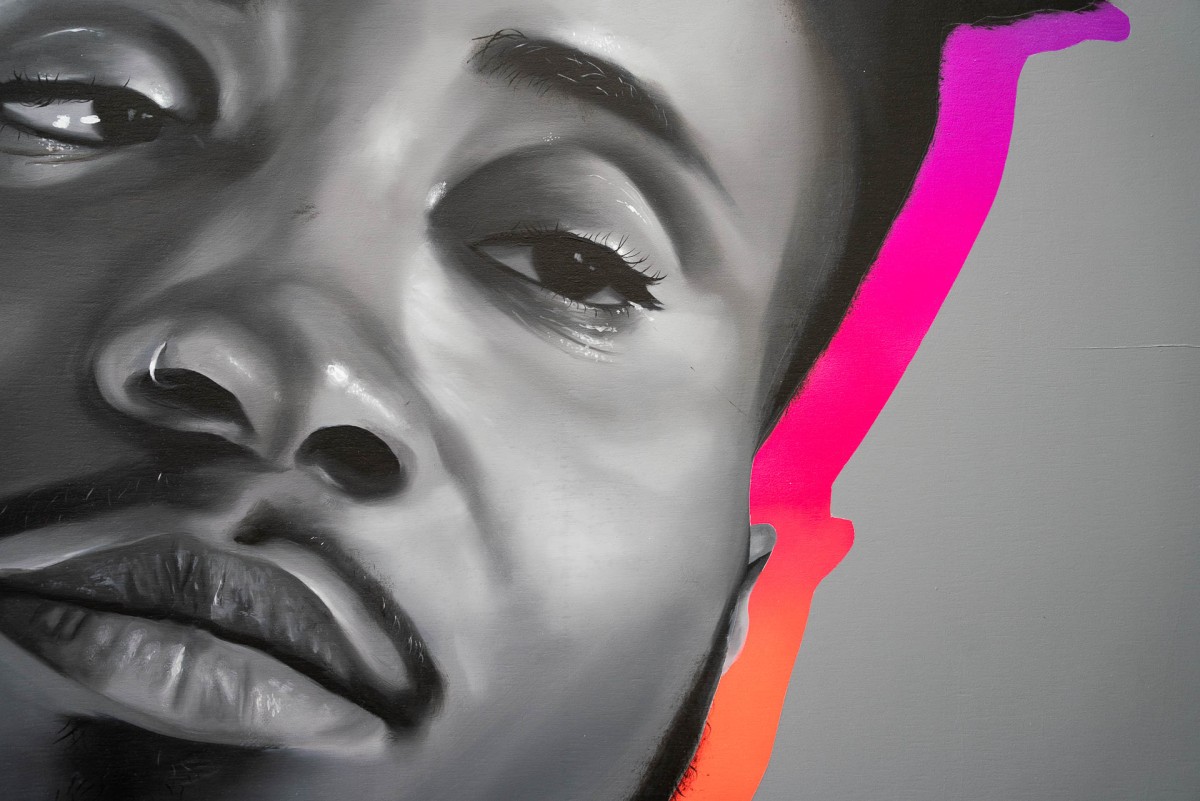 Where You’re Supposed to Be

New show by Jeremey Biggers now showing at Umbrella Gallery.
Jeremy’s work is shaped by his experiences, experiences that inform his view of the world. The visual language developed within his work deals with identity as it pertains to “code-switching” and the feeling of being multiple people simultaneously. His signature “hyper-red” featured in a number of the works reminds the viewer as well as himself to be aspirational, never allowing oneself to become “satisfied” or “complacent”. Biggers hopes that his work resonates and establishes trust with the viewer, allowing sincere conversation to begin and perhaps inspiring the viewer to discover something about themselves while gaining a new perspective.