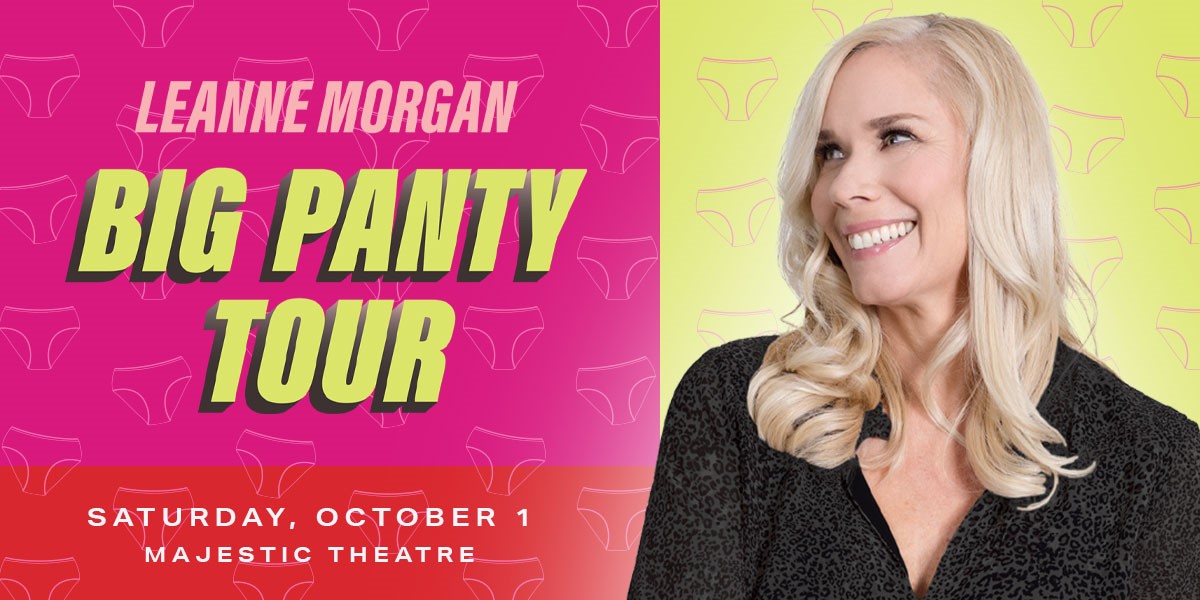 A SECOND SHOW HAS BEEN ADDED!

Outback Presents is pleased to announce comedian Leanne Morgan’s national headlining tour will continue across the United States in September 2022.

When asked about the tour Leanne Morgan says, “I’m so tickled to be adding new dates to my Big Panty Tour! I’m having so much fun being with y’all, and can’t wait for the fun to continue. Morgan adds, “I feel like I need to clean y’all’s house because everyone has been so sweet on this tour.”

After 22 years in comedy, Leanne Morgan has cemented herself as a must-watch comedian. Touring across the nation, Morgan’s comedy has landed her at the prestigious Just For Laughs Festival in Montreal and has brought her development deals for her own sitcom with ABC and Warner Brothers, writer/producer Matt Williams (Rosanne and Home Improvement), TV Land and now with Sony Television. The comedian has garnered over 1.5 million followers across social media and her popular stand-up special, So Yummy has reached over 50 million views on YouTube.

Her fan base continues to grow with her relatability as she discusses everything from being a housewife, sharing Jell-O recipes to having a new grandbaby. She has appeared on ABC’s The View, NBC’s The Kelly Clarkson Show, Nick at Nite’s Funniest Mom and toured with the Southern Fried Chicks.