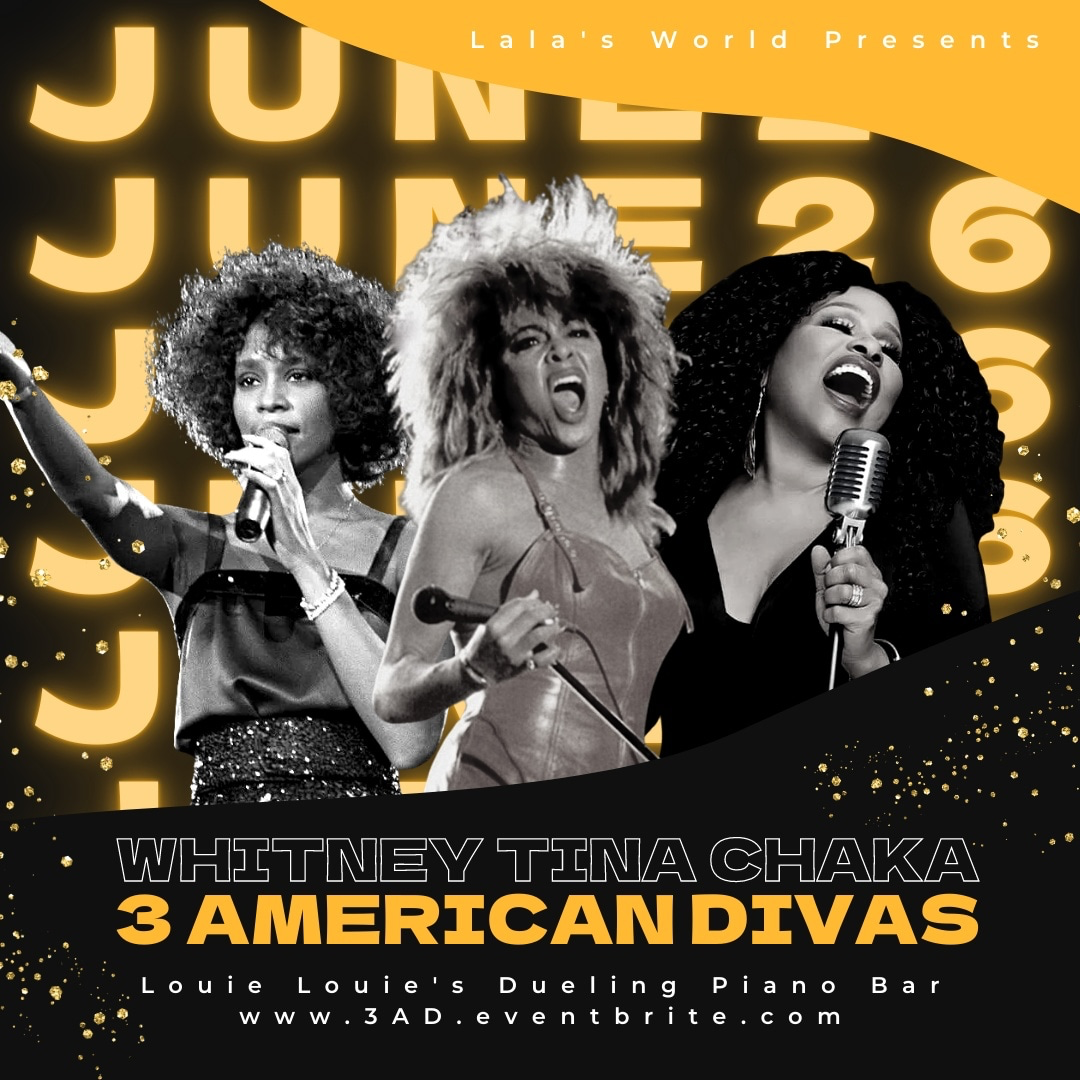 LaLa Johnson will become three legendary divas in one night. The concert is a tribute to America's Sweetheart, Whitney Houston, Her Royal Funkiness, Chaka Khan and Rock and Soul of the Goddess of Rock, Tina Turner.

LaLa J is a Veteran of the United States Army, as well as the stage, and has been catching the attention of many people in the music industry, through her work with various songwriters, producers and musicians, and has been featured in countless numbers of collaborative efforts. She keeps busy, most recently as a full-time Voice Instructor, Band-Leader of "i.Tina" (the all-woman Tina Turner tribute band) and as a touring background vocalist for Grammy Award Winning Neo-Soul Pioneer, Erykah Badu.

Founded in 2011, Girls Rock Dallas is an organization dedicated to empowering girls, women, trans and gender-expansive individuals through the use of music education to promote self-esteem and confidence by providing the opportunity to learn and express their musical creativity. For more information or to get involved, visit girlsrockdallas.org and follow on social media @girlsrockdallas.

For nearly 16 years, Women Called Moses, under the leadership, vision and passion of founder Debra Nixon Bowles, has given wings to the hopes and dreams to thousands of women in the underserved communities in the southern sector of Dallas. As a business leader, mother, and survivor, Debra understands the spoken and unspoken needs, experiences, and aspirations of many women who find themselves stressed and navigating the unpredictable violent behaviors of their partners. For more information or to get involved, visit wcmcares.org and follow on social media @wcmcares.