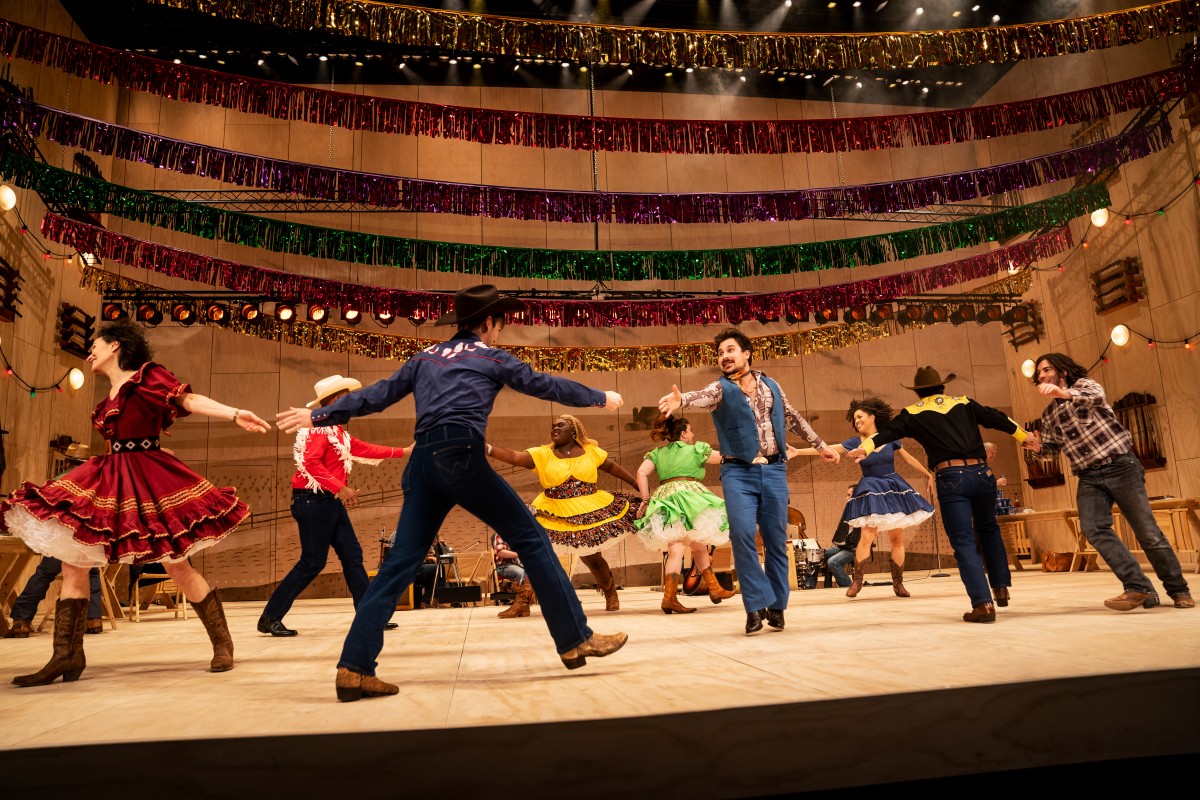 This is OKLAHOMA! as you’ve never seen or heard it before—reimagined for the 21st century and the Tony Award ® Winner for Best Revival of a Musical.

Direct from an acclaimed run on Broadway comes an OKLAHOMA! that looks and sounds like America today. The Daily Beast raves “Forget your traditional idea of Oklahoma!. Daniel Fish’s daring, utterly absorbing re-interpretation is different—brilliantly so.”

OKLAHOMA! tells a story of a community banding together against an outsider, and the frontier life that shaped America. Upending the sunny romance of a farmer and a cowpoke, this production “lets us experience Rodgers and Hammerstein’s greatness anew.” (The New Yorker). Without changing a word of text, this visionary production allows the classic musical – and our country – to be seen in a whole new light.

“This is the OKLAHOMA! that was there all along.” (New York Magazine).

Special rates available for groups of 10+.

Audience Recommendation: The producers of the national Broadway tour of Rodgers & Hammerstein’s OKLAHOMA! recommend this production for mature audiences ages 12 and up as it contains fog, loud gunshot effects, moments of total darkness and violence. This is only to be used as a suggestion for you and your child; the decision to attend this show should be made by the parent or guardian. All persons entering the theater, regardless of age, must have a ticket.