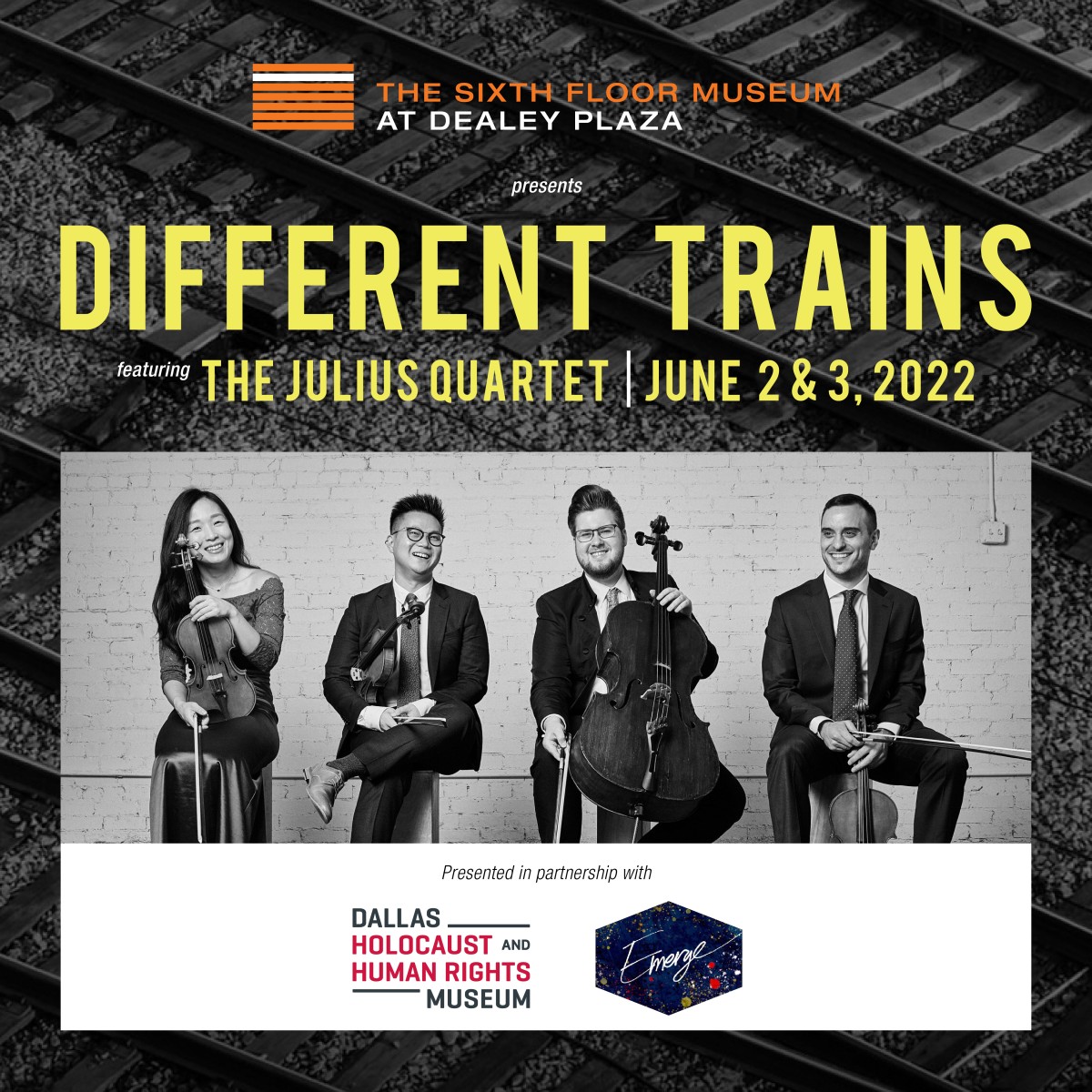 The Sixth Floor Museum and the Dallas Holocaust and Human Rights Museum, along with the Emerge Coalition, present Different Trains, a concert program centered on works written for the string quartet that have been inspired by the holocaust and the human right movement.

• Let the Light in by Danielle Bees was inspired by refugees from Sudan, Syria, Afghanistan and Algeria arriving in a new country
• Jesse Montgomery’s Source Code celebrates by the civil rights movement
• Viktor Ullman's, String Quartet No. 3, Op. 46, a work composed during his time at the Theresienstadt Concentration Camp
• Steve Reich's monumental work, Different Trains, a work is in three movements that reflect on World War II and the Jewish people's passages on different trains. The movements are titled, I. America-Before the war, II. Europe-During the war, III. After the war.
Members of each Museum enjoy discounted tickets.

6:30 p.m. reception
7:00 p.m. performance
Each performance takes place at The Sixth Floor Museum. Parking is available for $10 per car at the Museum.