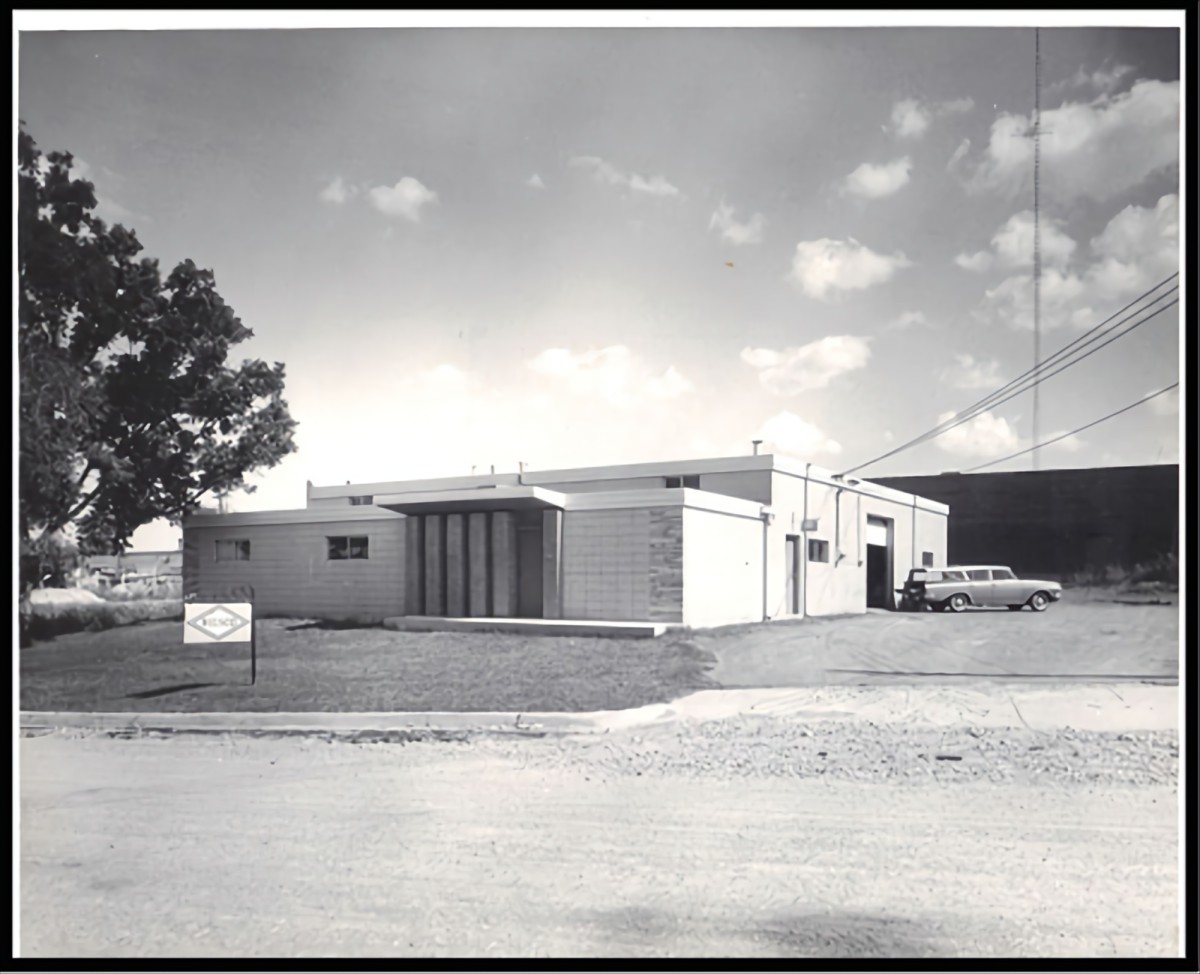 Statement: Bill Wood (1912-1973) operated as a commercial photographer in Fort Worth from 1937 to 1970. From a studio at 1209 Throckmorton Street, he would take portraits and produce product images, but a greater part of his business was derived from commissions to photograph the city: new tract housing being built, store openings, and infrastructure developments, such as the construction of telephone exchanges for Southwestern Bell. This exhibition is composed solely of Bill Wood’s photographs of buildings, urban scenes, and construction in Fort Worth, which were taken in the 1950s and 60s as the city was undergoing a considerable boom in population and construction.

Bill Wood: Sprawl provides a means to reflect upon the growth of the city, as the photographs document a time when Fort Worth was spreading into previously undeveloped areas. These images can be contrasted with the current construction within the city, in which many of the same places seen in Wood’s photographs are being redeveloped and repurposed.

The exhibition is not only historical in focus but also provides an opportunity to consider photographic objectivity and inclusion. Wood’s photographs are not reportage; they were not taken to document the city but rather as part of a commercial enterprise. The style is consistent in its deadpan approach. In this regard Bill Wood’s photographs can be seen as an accidental precursor to the New Topographics photographic movement from the 1970s. The term was applied to a group of American photographers, such as Lewis Baltz (1945-2010) and Joe Deal (1947-2010), who used a similar objective approach to document suburban development and its relationship to the natural landscape.
Wood’s work can also be considered in relation to another art historical context, that of Walker Evans’ photographs of the dilapidated buildings of dust bowl era America for the Farm Security Administration. Wood shares with these a similar objective style but documents the urban development which followed that period of history. Where Evans’ photographs show a landscape in decline, Wood’s documents the optimism of the post-war boom and the city’s encroachment into previously untouched land.