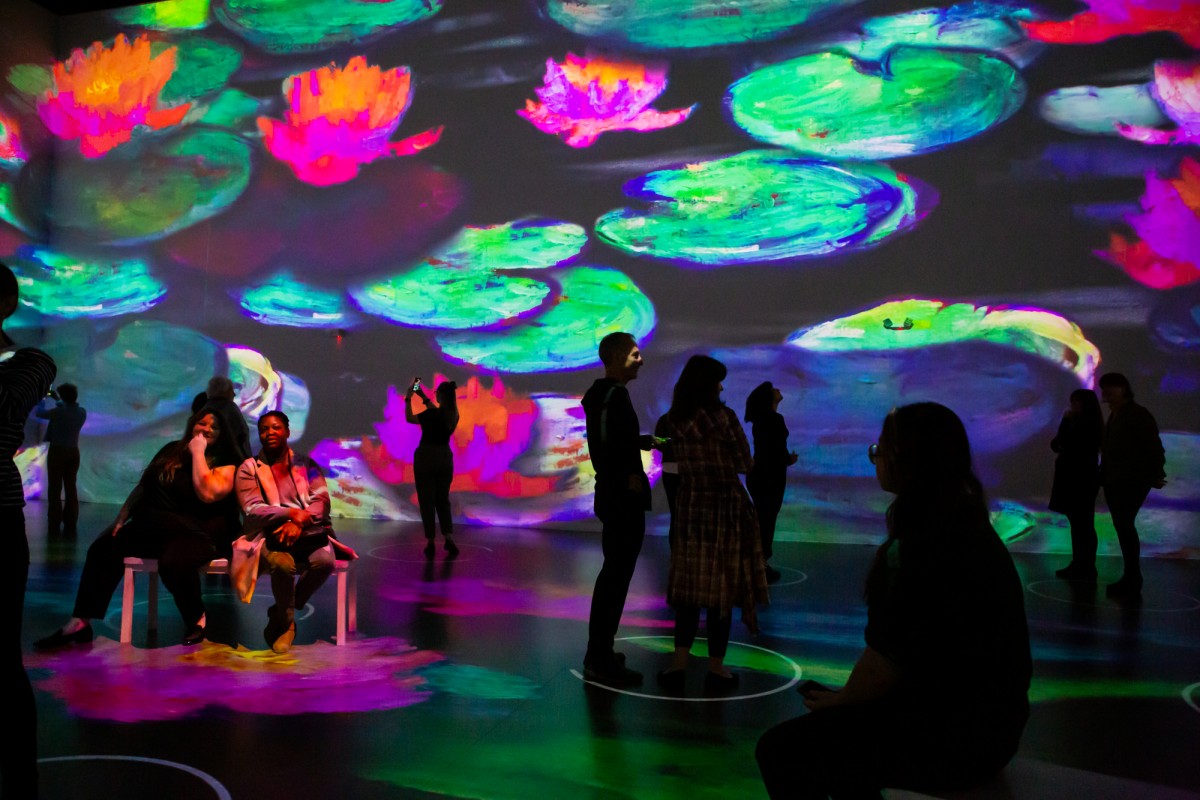 State-of-the-art video mapping and ground-breaking animation bring the art of the Impressionists to life like never before in what is slated to be the largest immersive art experience in the country. 500,000 cubic feet of projections composed of over 1.2 million frames of video bring the piece together, bathing viewers in the brushstrokes and colors of Claude Monet, Auguste Renoir, Edgar Degas, Mary Cassatt and many more. In addition to Impressionism, the program also features other artists who birthed movements that nudged the art world into the 20th century, including the robust marine paintings of J.M.W. Turner and the Post-Impressionist works of Toulouse-Lautrec.

The Impressionists sought to capture the elusive properties of light through painting, closely examining how different lighting can drastically change an image. They also often depicted themes of modernity, in stark contrast to the historical and mythological paintings that were favored by academic convention at the time. Impressionist painters preferred to go out into nature to paint, a new method that went against the traditional practice of sketching and painting in a stuffy studio. A fleeting movement, the Impressionists all went on to pursue their own unique styles by the late 1880s. Despite its brief moment in the spotlight, however, Impressionism spurred an artistic revolution.
Tickets for Immersive Monet & The Impressionists go on pre-sale on Tuesday, May 10 at immersivemonet.com. You can sign up to receive more information here.