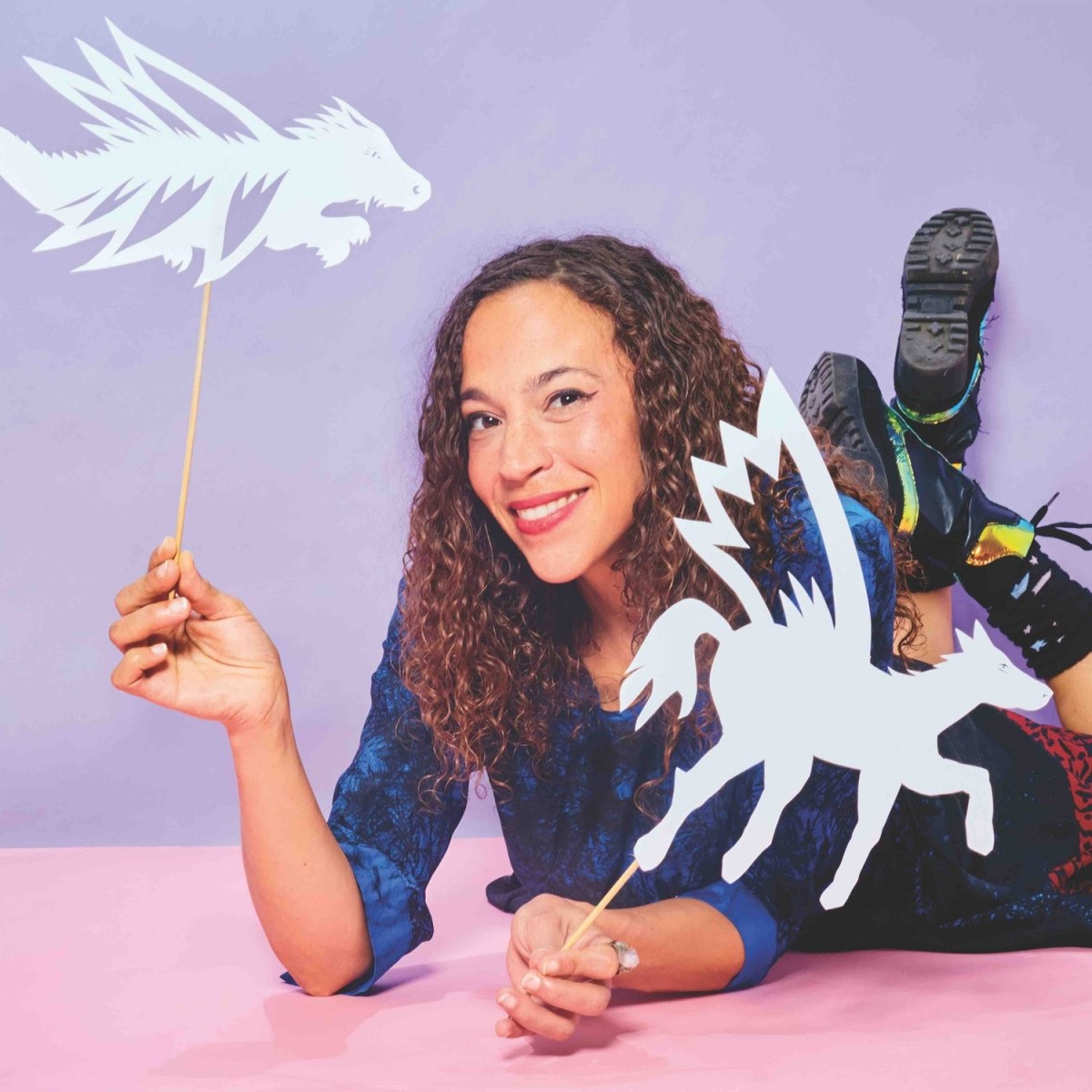 Sandcastle Mews, a shadow puppet play by Jim Hanson La MaMa Artist Awardee Charlotte Lily Gaspard utilizes fairy tale and allegory to tell the story of the Cats of Desa Waanay who make their home in the magnificent Sand Castles of Antrano, located in a faraway galaxy. As the story unfolds, King Sakaritsy is having to address strife between the different colored cats in his kingdom. Through the wisdom of his kittens, Prince Jaka and Princess Mippi, and their mother Queen Tsara Fae, the king comes to remember the values of equity and justice that his kingdom was founded on.

With Sandcastle Mews Gaspard takes the audience on a magical journey from palace intrigue, to a long-forgotten mystical cave, to the Ball of Cats, to a national reckoning and coming together, at the enchanting Mountain.  Sandcastle Mews includes voiceovers by actors located throughout the US, including Dallas and original music by Dallas musician Alejandro Perez, Jr., and Midnights Radio Show’s Jessie Davis and Ezra Bloom.