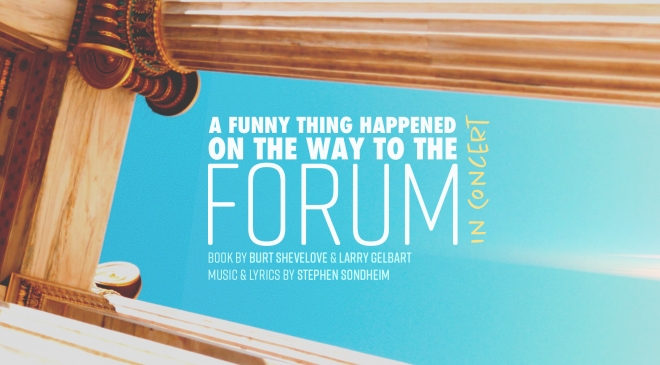 Lyric Stage Presents: A Funny Thing Happened on the Way to the Forum

With music and lyrics by the renowned Stephen Sondheim – his first as both composer and lyricist – and a book by Burt Shrevelove and Larry Gelbart, A FUNNY THING HAPPENED ON THE WAY TO THE FORUM debuted in 1962, and was nominated for 8 Tony Awards® in 1963, winning 6, including Best Musical and Best Author (Musical). The original production ran for 964 performances, longer than any other original Broadway production by Sondheim, and, in 1966, was made into a successful film starring Zero Mostel, who also starred in the original stage production.

Set in Ancient Rome, FORUM takes comedy back to its roots, combining the time-tested, 2000-year-old comedies of Roman playwright Plautus with the infectious energy of classic vaudeville. This nonstop, musical laugh-fest tells the bawdy story of Pseudolus (played by Mike Gallagher), a crafty servant who, in exchange for his freedom, struggles to win the hand of a beautiful, but slow-witted, courtesan (“Philia” played by Tara Park) for his young master (“Hero” played by Ryan Michael Friedman). FORUM is filled with the most classic twists and turns of a farce, with cases of mistaken identity, the slamming of doors, satirical comments on social class, plus, a showgirl or two.