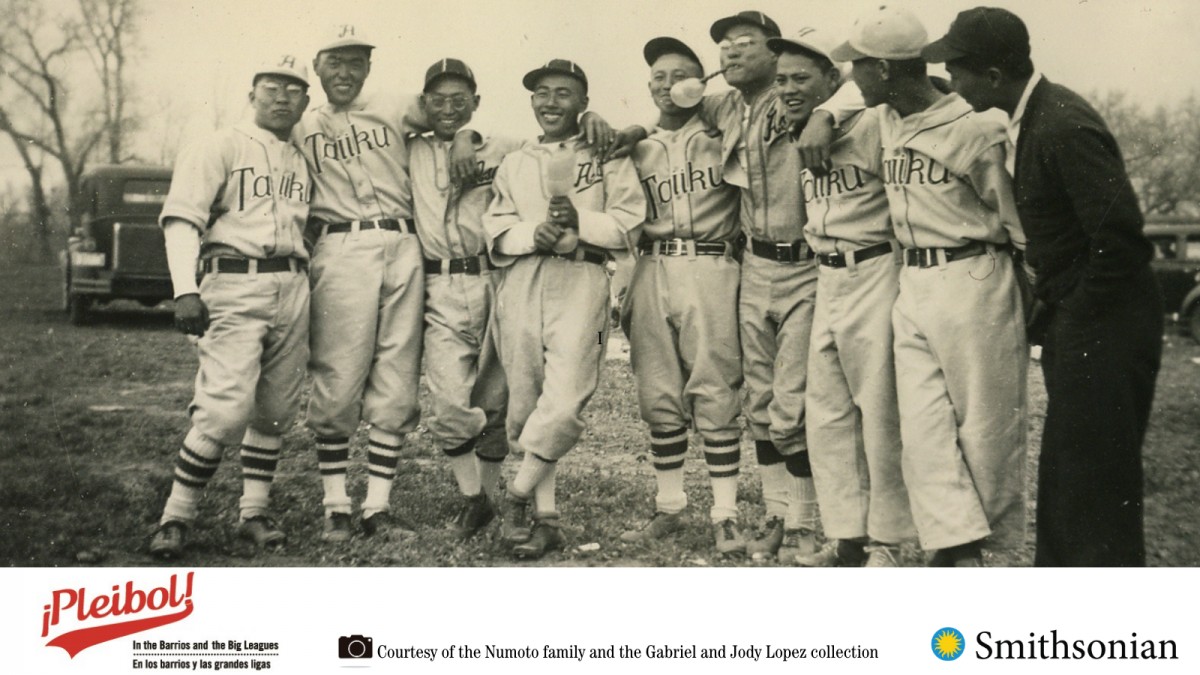 The history and culture of Latinos and their impact on American culture and society through the lens of baseball will be shared in the Smithsonian Institution Traveling Exhibition Service’s (SITES) new bilingual (Spanish and English) exhibition, “¡Pleibol! In the Barrios and the Big Leagues / En los barrios y las grandes ligas.” The exhibition will be on view at Irving Archives and Museum, a Smithsonian Affiliate, March 26, 2022 through June 19, 2022.

“¡Pleibol! In the Barrios and the Big Leagues / En los barrios y las grandes ligas” was organized by the Smithsonian Institution Traveling Exhibition Service in collaboration with the National Museum of American History. The exhibition received generous support from the Cordoba Corporation and Linda Alvarado, and federal support from the Latino Initiatives Pool, administered by the Smithsonian Latino Center.

The exhibition captures the excitement of the game, from community baseball teams to the Major League, highlighting how the game can bring people together regardless of race, class, and gender. It will feature reproductions of historic and personal photographs, and graphic elements as well as a short bilingual video produced by “La Vida Baseball” team at TeamWorks Media. QR codes throughout the exhibition will provide visitors with more information on relevant objects, included in a virtual gallery developed as part of the 3D digitization project in collaboration with the Smithsonian Latino Center and the Smithsonian Digitization Program Office.