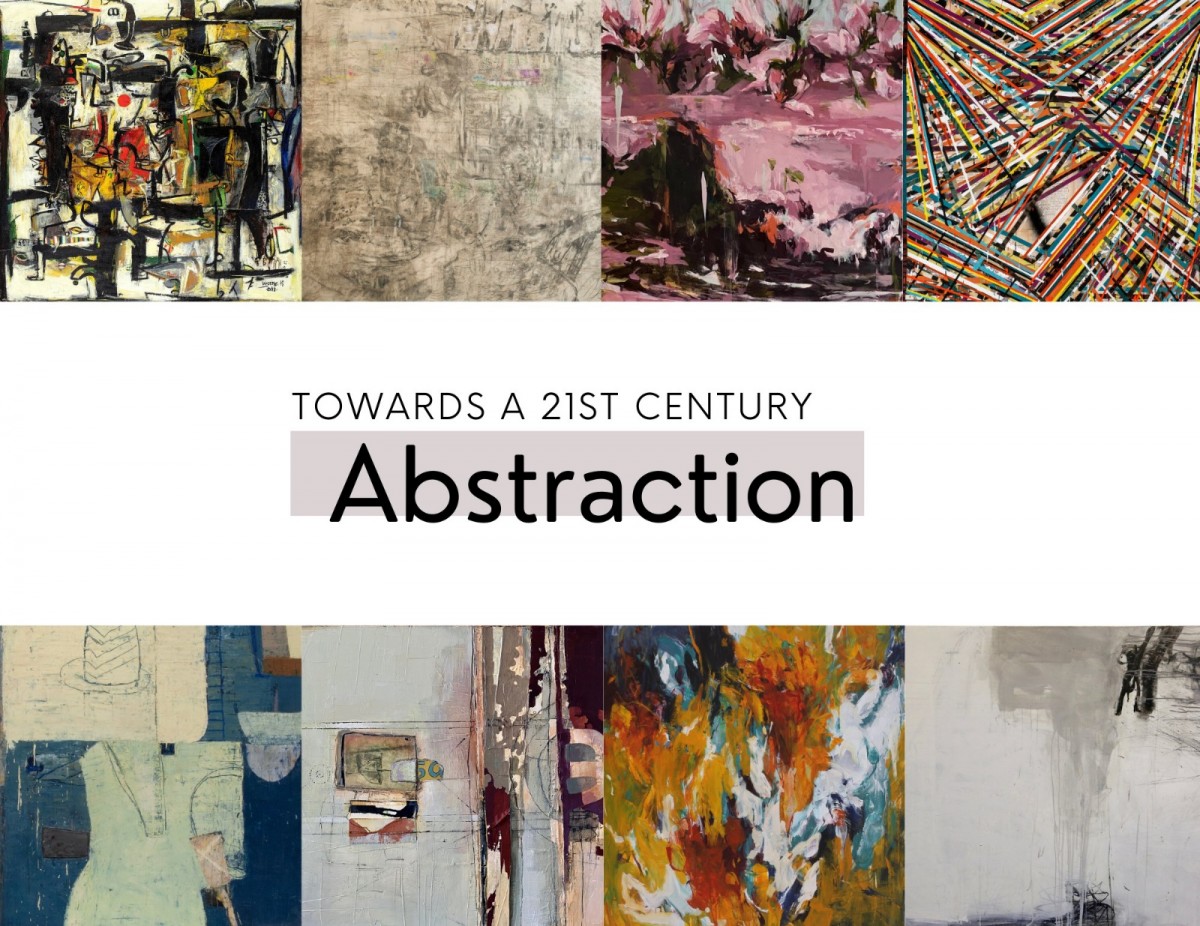 Towards a 21st Century Abstraction

Towards a 21st Century Abstraction

Abstract art has been a viable form of visual creation for over a hundred years.

Its meanings and manifestations have multiplied over those years, resisting or avoiding the whims of fashion to provide artists an increasingly vast range of language and meaning. Why, then, do we worry about – or, alternatively, glibly dismiss – the survival of abstract art? Is abstraction dead? Is it die-able? Does abstract art need to be defended at this point, or simply re-averred? And in either case, by whom?

A group of artists from around the country, brought together by their common dedication to the practice of image- and composition-based abstraction (in this case entirely within two-dimensional media), defines itself not by what its members do or why they do it, but what factors maintain their commonality and how they feel they struggle – or do not need to struggle – to participate in what has become a global discourse in art. In their case they argue not for a political stance or identity, but for a region of thought and action in artmaking itself. And they argue on behalf of many more artists besides themselves. As opposed to the manifesto-wielding aesthetic ideologues of old, the artists here do not stand opposed to methods removed from theirs; they stand opposed instead to discursive and (especially) commercial factors that diminish the practical and metaphysical substance of what they and their peers do. This group has formed in reaction not to other art forms but to the art world itself. This is an attempt to re-valorize the ineffable in art – abstract art in particular, as abstraction is nothing if not the manifestation of the ineffable…

Abstract art endures because artists still make it – still devote their lives to it, still investigate its problems and possibilities, still answer to the challenges posed by other artists, contemporaries and predecessors alike, and still establish visual vocabularies based on elements at once laid bare and intricately combined. Abstraction lives on the assertion of individual artistic personality, and on variety amongst those personalities.

In effect, abstraction is not a position so much as an available form – or many available forms, as even the variety evident among these seven artists makes clear. In late postmodernism, when the co-existence (and even co-function) of disparate methods no longer presents itself as an “issue” but is simply an accepted condition, one chooses to subordinate one’s method to a given vocabulary or, more often, one concocts one’s method from the vocabularies available, at least those which seem personally urgent and viable.

That is to say, there are stylistic aspects that tie various of these seven artists to one another, but none that binds them all, much less binds them equally. This is the unspoken position of this group: it is a network of affinities elected out of common interests – revolving around the base factor of abstraction – that suit the group’s members to greater and lesser extents. As explained, the group takes its position vis a vis the art world; in terms of actual practice, the individual members stake out their own concerns, and thus their own identities.