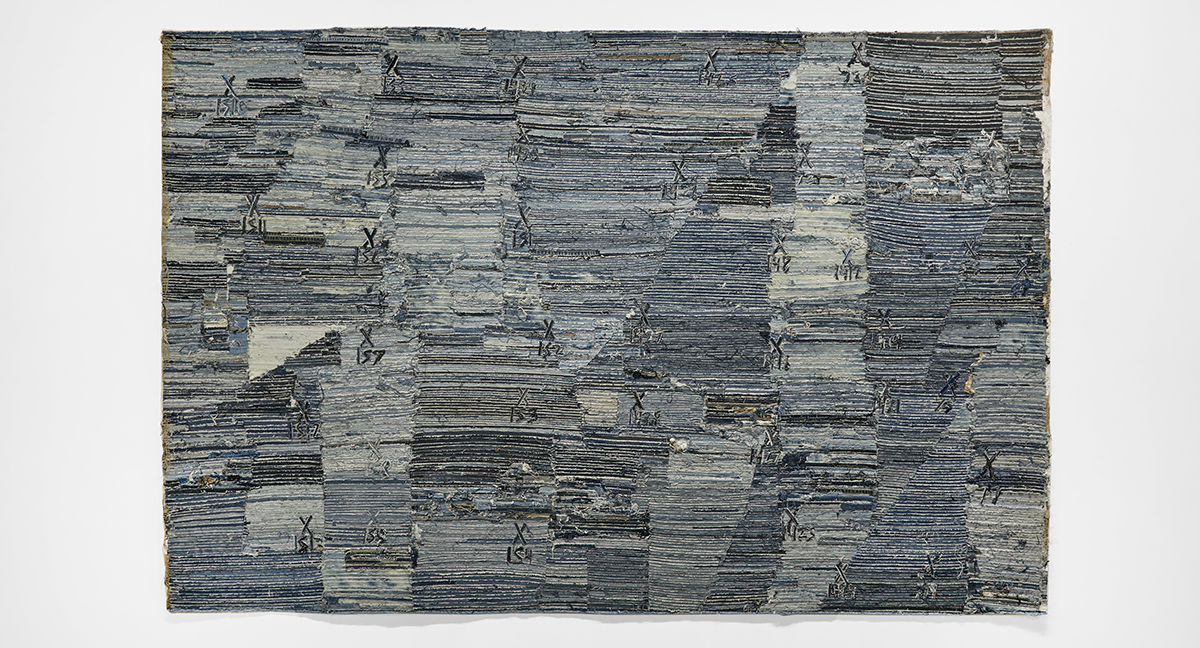 Houston-based artist Jamal Cyrus examines forgotten, ignored, or fragmentary accounts of Black American culture. He raises clear questions about “official” history, what is overlooked and why, and the biases held by those writing and interpreting it. Cyrus uses a range of materials including musical equipment, food, plant life, and used clothing, but transforms them into densely layered objects that refer to Southern material culture.

For his exhibition at the Modern, Cyrus will be making new sculptures, drawings, and assemblages that center on what the artist calls “sonic territory,” the aural and musical landscape of a region—in this case, the Trinity River basin. This sprawling area of central and north Texas, which includes the Dallas–Fort Worth metroplex, has a rich musical legacy including western swing, blues, Tejano, jazz, rock ’n’ roll, and country western. The new work specifically examines the contributions of Fort Worthian, multireedist, and composer Julius Hemphill (1938–1995). Cyrus draws on the relationship between land and the musical cultures born from it, a connection that stems from the concept of “alluvial soil,” a phrase coined by William Ferris in the book Blues from the Delta. Alluvial soil describes the material sediment, including clay, gravel, and alluvium, that spills over and deposits onto the banks of flooded rivers and is rife with fertile possibilities, forming in agriculture and eventually spilling out into the cultural. Exploring our area’s landscapes, natural and manmade, Cyrus’s site-specific exhibition dives into the poetic layers, histories, and mythologies comprising this large area bifurcated and shaped by the Trinity River.