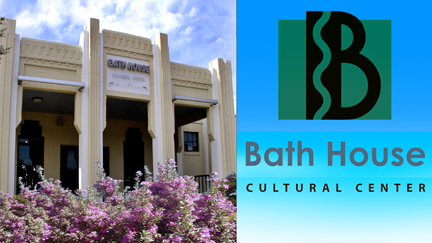 Lakefront Live! Returns to the Bath House in April! This global, eclectic, free concert series runs first and third Tuesdays from April through July. Join us at the Lake Level for a dynamic mix of the Dallas area’s best local musicians. These artists will draw you into their worlds with big sounds, intimate moments, and everything in between. With our unique semi-enclosed, indoor-outdoor performance space, you can sit up close or picnic on the lawn and enjoy the incredible sunsets at White Rock Lake.

Dave Alexander is a fifth generation musician and elite trumpet player. He has performed and recorded with some of the biggest names in country music such as George Strait, Willie Nelson, Asleep At The Wheel, Lyle Lovett, Randy Travis, Dwight Yoakam, Sheryl Crow, LeAnn Rimes, Tracy Byrd and Vince Gill.

Dave has received five Hall of Fame inductions, six Will Rogers Awards and four Grammy nominations. He was invited to the White House to perform for Ronald Reagan’s Inauguration, and became the leader of the Houston Livestock Show & Rodeo house band soon after his appearance at the World Economic Summit, where he entertained President George H.W. Bush and eight other world leaders.