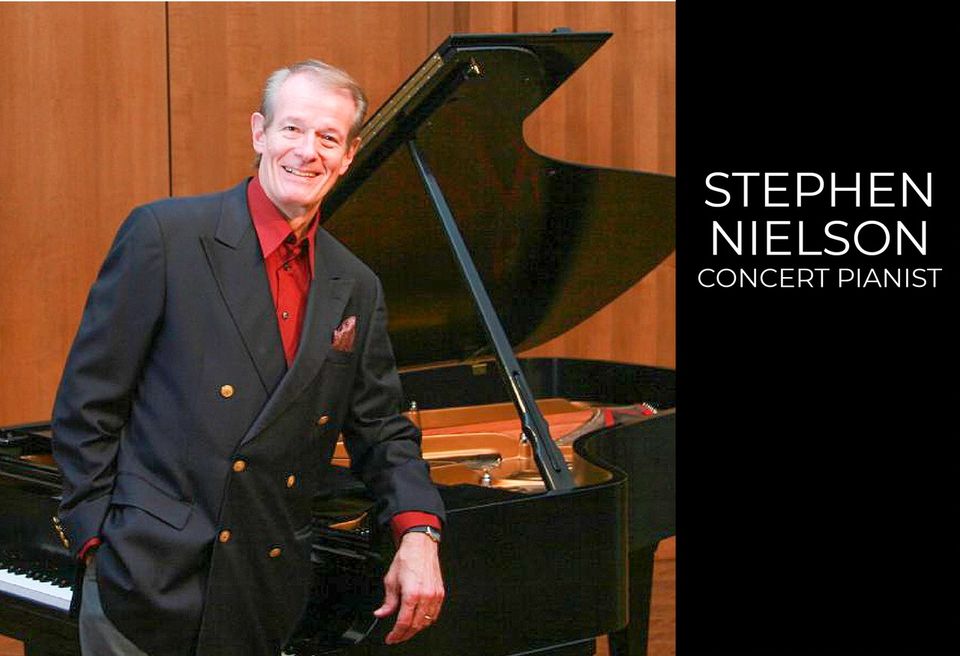 Distinguished in both classical and sacred music, Stephen Nielson will perform a piano concert on Sunday, February 20, at 3 pm in the parish hall at St John’s Episcopal Church, 848 Harter Road, Dallas.

Mr. Nielson is widely regarded as one of the distinctive artists of our time, having performed in Hong Kong, Bogotá, Freiburg, Copenhagen, Berlin, London, Vienna, Brussels, Tokyo, Frankfurt, Prague, Salzburg, Jerusalem and Chennai, India. He has toured major artistic centers in Russia, the Baltics, Japan and Switzerland, and is an Ambassador of Culture for the World Cultural Alliance. This concert will feature a variety of sacred, classical, traditional music, interspersed with Mr. Nielson’s winsome commentary.