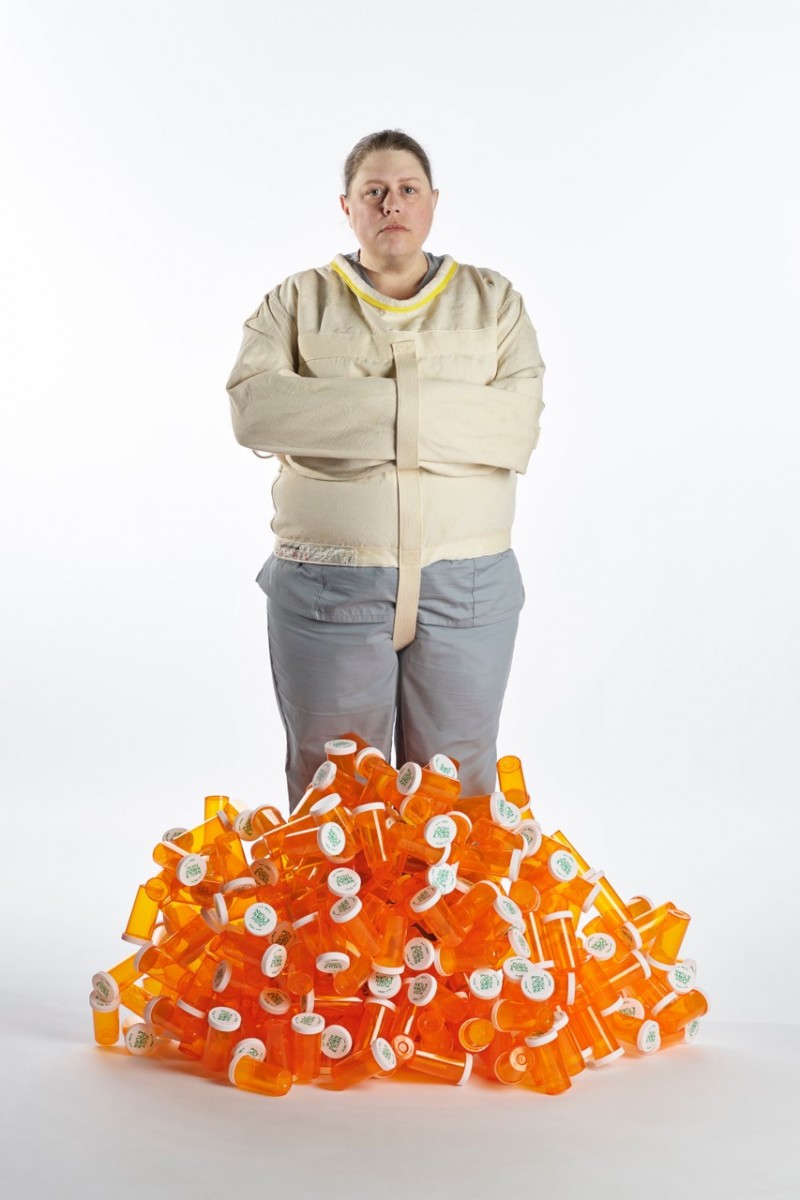 Cluley Projects, the new satellite project space of Erin Cluley Gallery, is pleased to announce the seventh exhibition of its inaugural season featuring artists Erica Felicella and Ethan Mertz. The two-person show will be on view January 8th through February 5th at its location in West Dallas at 2123 Sylvan Avenue. An Opening Reception will be hosted for the artists Saturday, January 8th from 5-8 pm.

In this exhibition, Erica Felicella and Ethan Mertz create narrative works based on personal experiences of anxiety and depressive episodes.
Dallas-based artist Erica Felicella is known for her site specific installations, performances and photography. Her work often addresses issues relating to mental health and the stigmas surrounding the topic.

Felicella discusses her work saying, “This new series is about the split nature of mental illness and the struggles one must face to endure the day to day, and sometimes moment by moment, living. What we see in people is not always the reality of what is being lived.” Large scale photographs and a performance on opening night will symbolize states of mental distress.

Dallas-based artist Ethan Mertz creates works based on the concept of mental duality. The works express multiple viewpoints of the artist mental state of mind during his creative process. “My typical routing of painting is consumed by uncontrollable fleeting thoughts, feelings of confusion, anxiety and crushing indecisiveness. Only after the work portrays my sensations do I achieve a sense of ease.” Paintings presented individually and a polyptych entitled, Dysphoria vs Euphoria reference personal, historical and societal themes of mental health.

About the Artists
ERICA FELICELLA
Erica Felicella is an arts professional living in Texas for the last twenty years. She currently lives and work in Oak Cliff. Her work as an artist, curator, organizer of events, and programs have been recognized both locally and nationally.

Her current artistic practice includes endurance and durational based performance, site specific installation, and new media works. As a curator, Felicella has had the opportunity to create unique and immersive experiences in both traditional and non-traditional spaces in and around North Texas.

ETHAN MERTZ
Ethan Mertz is an artist residing in Dallas, Texas who received his BFA from The Art Institute of Chicago. Through paint, he creates architecture which strives to shape the area between the material and immaterial lines of life. Influenced by ideas of pareidolia and apophenia, he conveys his life’s experience in portraiture. By way of landscape, he depicts fantasies of the distant future. Ethan works as an artist and assistant teacher for children with special needs.

About Cluley Projects
Erin Cluley Gallery’s new satellite gallery Cluley Projects opened in April 2021 and is housed in an 1100 sq ft space on Sylvan Avenue within walking distance from the Belmont Hotel. Cluley Projects will act as an incubator space focusing on regional artists and providing a platform for discovery and mentorship.

Erin Cluley Gallery opened its doors in West Dallas in 2014, igniting a creative movement and acting as a hub for visual arts and community engagement. After nearly five years on Fabrication Street, the gallery moved its main operation to Riverbend – a development in Dallas’ Design District celebrating the intersection between culture and commerce.