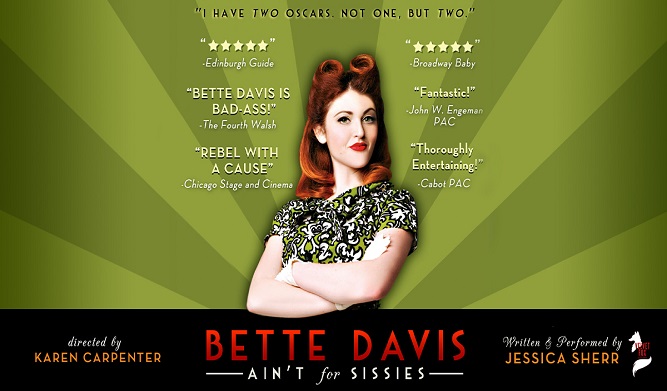 Actress and playwright, Jessica Sherr, powerfully channels Bette Davis’ fight against the male-dominated studio system. On the night of the 1939 Oscars, Bette Davis returns home knowing she’s to lose Best Actress to Vivien Leigh’s Scarlett O’Hara, because the press has leaked the winners. Miss Davis takes us on the bumpy ride of her tumultuous rise, as the tenacious actress fights her way through the studio system to the top. Witness Bette triumph over misogyny to win roles and compensation on par with her male counterparts.

See what happens when someone who always wins...loses.

Through conversations with her mother Ruthie, her friendship with Olivia De Havilland, stories about her love affair with William Wyler, her four failed marriages, her unpleasant relationship with her daughter, ageism in Hollywood, and her feelings of regret about her groundbreaking court case with Warner Brothers (which she lost), we experience Bette’s most defining moments and her at her most vulnerable.