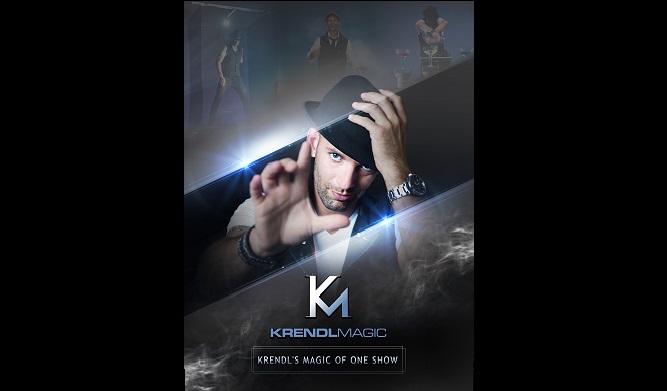 Krendl’s extensive magic career includes being the longest running headliner in the history of Virginia Beach, Virginia’s Summer Festival. He has performed over 1,300 illusion shows in the 15 years as the headliner at the Magic Theatre alone. He has also won numerous awards ranging from best in show 5 times and attraction of the year twice. In addition to Krendl being an international award-winning Illusionist he is also a principal artist of the Illusionists Live from Broadway. He has had the opportunity to perform around the world at some of the most iconic venues such as Sydney Opera house in Australia, The Kennedy Center in D.C., and the Folies Bergère in Paris, just to name a few. A side performing on cruise ships and resort around the world Krendl has also been a consultant for magic stunts. One of his projects can be seen consulting and appearing for the Houdini Water cell escape for the TV show Impractical Jok ers on TRU TV. Krendl is only one of three magicians in the world who can perform the Infamous Houdini water torture cell in full view and without a curtain. He has been featured on national television shows and performed on cruise ships and resorts around the world. After performing in Australia, Canada, Italy, England, Mexico, Dubai, Doha, Abu Dhabi, Thailand, Hong Kong, Singapore, France, Germany, Ireland, Netherlands, Russia, and numerous national tours in the U.S. This experience has allowed him to develop a heart warming unique style of magic that has been delighting family audiences around the world. The challenge of doing things, that are said to be impossible, has been the true heart and soul behind all of his work.