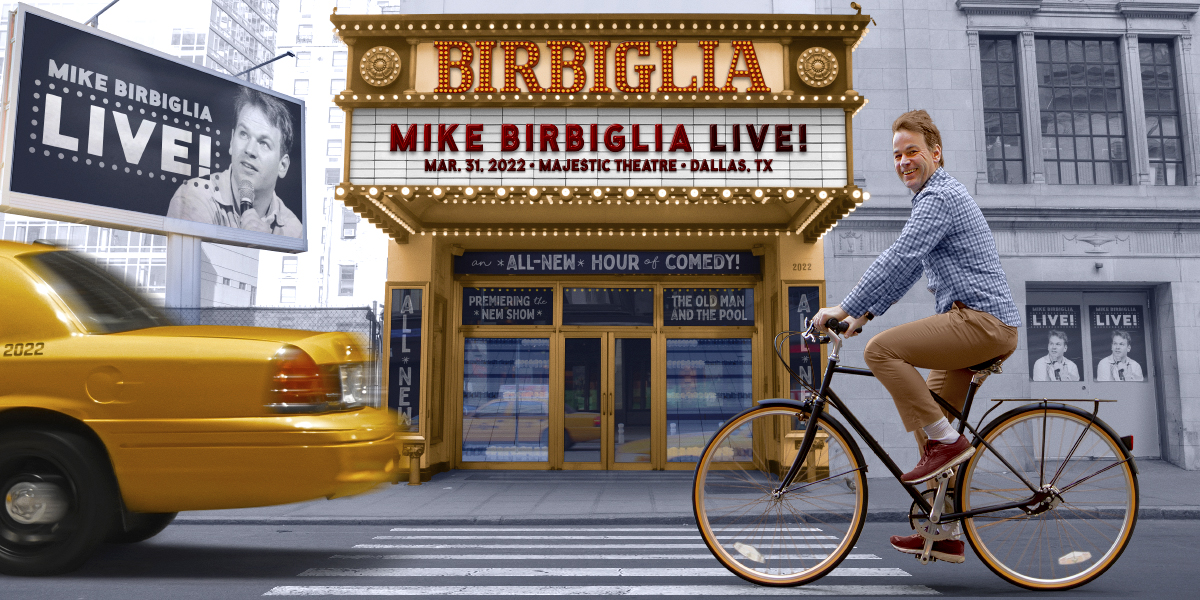 Please join us at the Majestic for the comedy of MIKE BIRBIGLIA!

Mike Birbiglia is a comedian, storyteller, director, producer, and actor who has performed in front of audiences worldwide, from the Sydney Opera House to Carnegie Hall. His solo shows "Sleepwalk With Me," "My Girlfriend’s Boyfriend,” "Thank God For Jokes," and "The New One” enjoyed successful off Broadway runs. My Girlfriend’s Boyfriend won the Lucille Lortel Award for Outstanding Solo Show and his most recent show “The New One” moved to Broadway where he received the Drama Desk Award as well as the Outer Critics Circle award for outstanding solo performance." Birbiglia is also an author and filmmaker who wrote, directed and starred in the films “Sleepwalk with Me” and “Don’t Think Twice.” His book “Sleepwalk with Me and Other Painfully True Stories” and “The New One” are both National Bestsellers. As a producer he worked on Jacqueline Novak’s "Get On Your Knees." As an actor, Birbiglia has appeared in the films “Trainwreck,” “The Fault in Our Stars” and “Popstar” as well as TV roles in “Orange Is the New Black” and “Billions.” He is the host of the podcast "Mike Birbiglia's Working It Out” and is currently touring his next solo show “The Old Man and The Pool.”