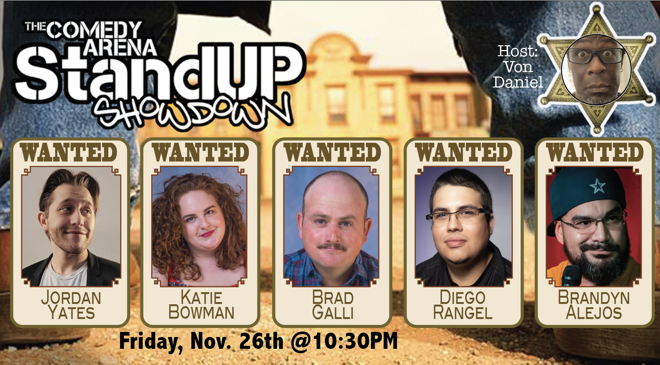 The Stand Up Showdown

A stand up comedy show featuring 5 comics who enter a stage match like no other. They are only given 3 minutes to deliver material they think is good enough to convince you to vote them though to the next round where they get to deliver 4 minutes of material and so on. Audience votes keeps these comics and their jokes going. The comic who makes it to the end wins The Stand Up Showdown and is given a cash prize!