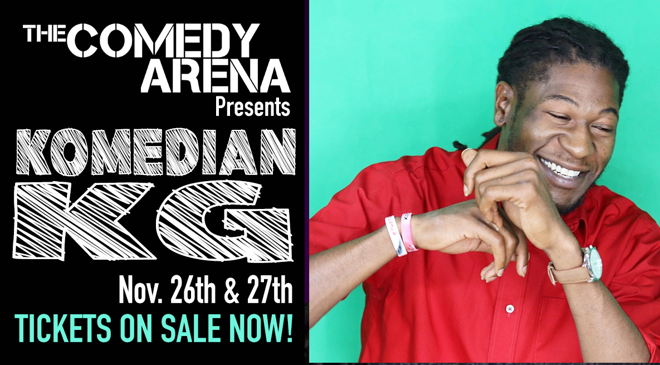 KomedianKG at The Comedy Arena

Komedian KG was featured as an credited extra on the 2018' film "Never Going Back", an American comedy-drama film written, directed, and edited by Augustine Frizzell in her directorial debut. It stars Maia Mitchelland & Camila Morrone. He was also featured on Texas Flip N Move (multiple appearances), a show featured on DIY Network. Now appearing on tour dates with two of the cast members from Nick Cannon’s Presents&hellip; “Wild’N Out”, Mope Williams and Jay Lewis, Komedian KG has made a name for himself by simply bringing his life to the stage while fueling his comedic performances with honesty and real life observation scenario's.

You may have seen him in drama stage plays, commercials, reality television and movies and now you can see him live at The Comedy Arena.